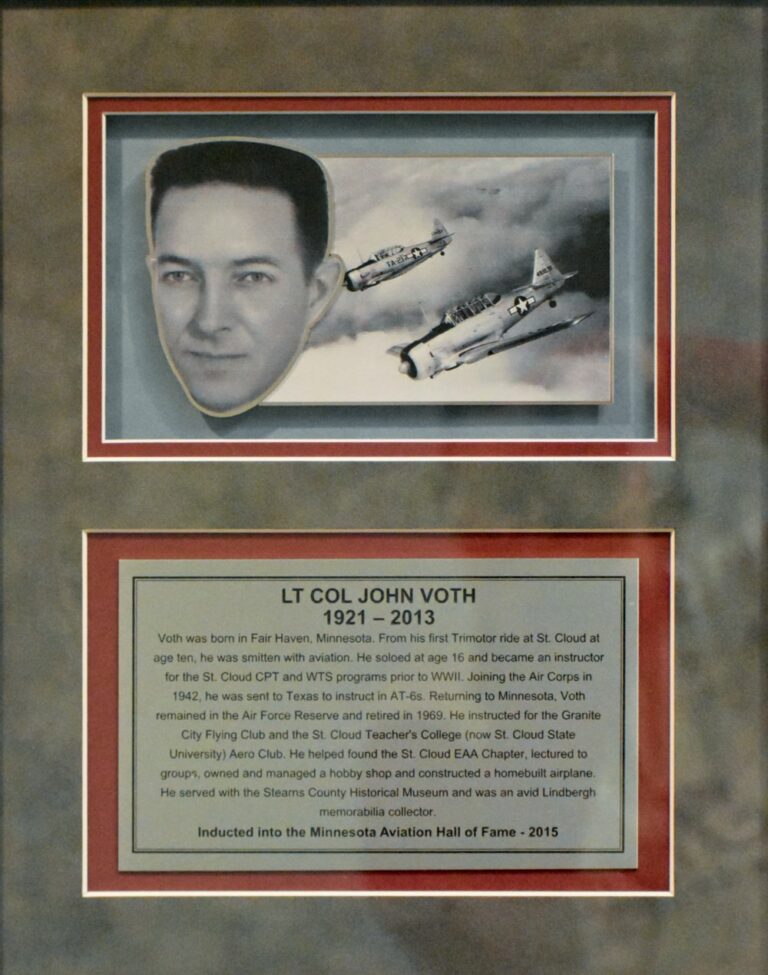 Voth was born in Fair Haven, Minnesota. From his first Trimotor ride at St. Cloud at age ten, he was smitten with aviation. He soloed at age 16 and became an instructor for the St. Cloud CPT and WTS programs prior to WWII. Joining the Air Corps in 1942, he was sent to Texas to instruct in AT-6s. Returning to Minnesota, Voth remained in the Air Force Reserve and retired in 1969. He instructed for the Granite City Flying Club and the St. Cloud Teacher's College (now St. Cloud State University) Aero Club. He helped found the St. Cloud EAA Chapter, lectured to groups, owned and managed a hobby shop and constructed a homebuilt airplane. He served with the Stearns County Historical Museum and was an avid Lindbergh memorabilia collector.