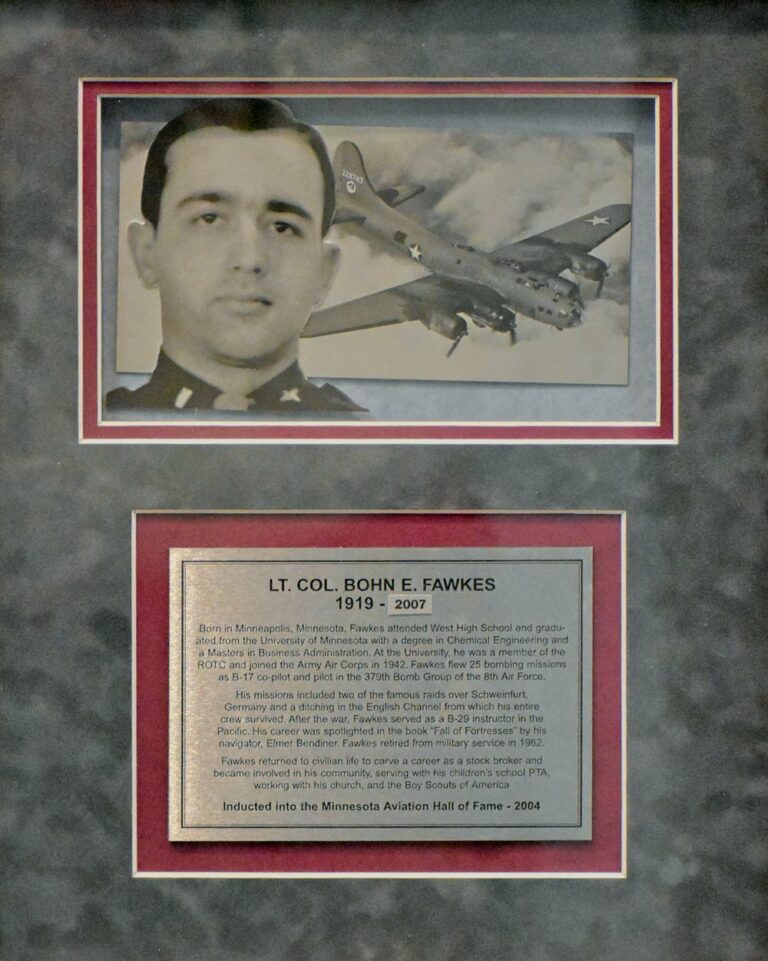 Born in Minneapolis, Minnesota, Fawkes attended West High School and graduated from the University of Minnesota with a degree in Chemical Engineering and a Masters in Business Administration. At the University, he was a member of the ROTC and joined the Army Air Corps in 1942. Fawkes flew 25 bombing missions as B-17 co-pilot and pilot in the 379th Bomb Group of the 8th Air Force.

His missions included two of the famous raids over Schweinfurt, Germany and a ditching in the English Channel from which his entire crew survived. After the war, Fawkes served as a B-29 instructor in the Pacific. His career was spotlighted in the book “Fall of Fortresses” by his navigator, Elmer Bendiner. Fawkes retired from military service in 1962.

Fawkes returned to civilian life to carve a career as a stock broker and became involved in his community, serving with his children's school PTA, working with his church, and the Boy Scouts of America.