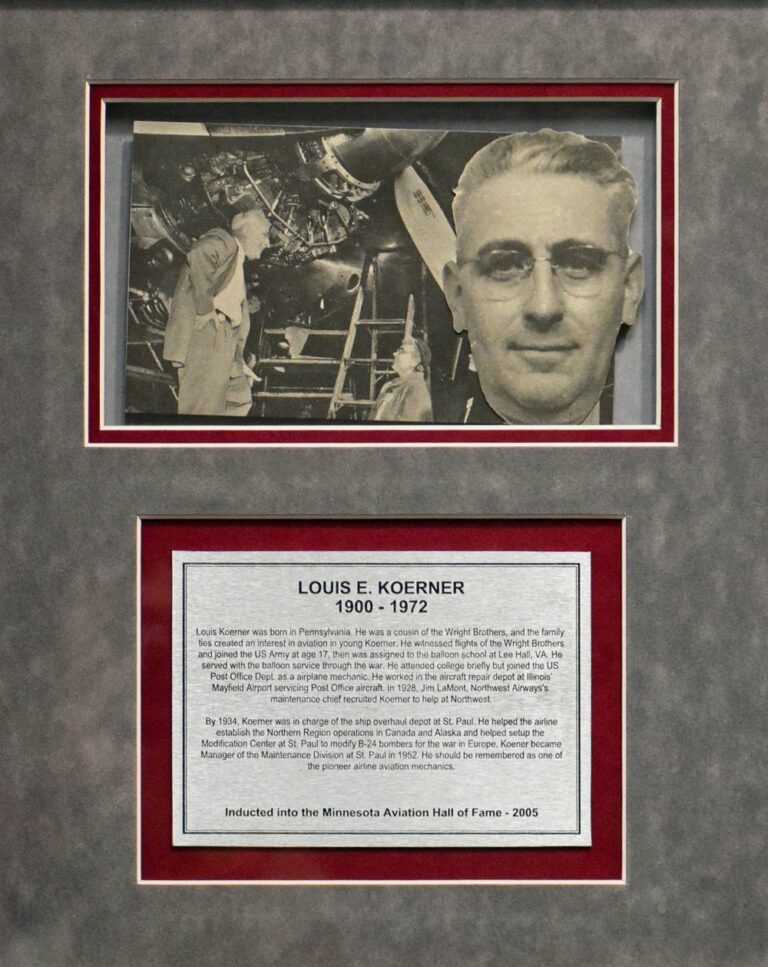 Louis Koerner was born in Pennsylvania. He was a cousin of the Wright Brothers, and the family ties created an interest in aviation in young Koerner. He witnessed flights of the Wright Brothers and joined the US Army at age 17, then was assigned to the balloon school at Lee Hall, VA. He served with the balloon service through the war. He attended college briefly but joined the US Post Office Dept. as a airplane mechanic. He worked in the aircraft repair depot at Illinois’ Mayfield Airport servicing Post Office aircraft. In 1928, Jim LaMont, Northwest Airways’s maintenance chief, recruited Koerner to help at Northwest.

By 1934, Koerner was in charge of the ship overhaul depot at St. Paul. He helped the airline establish the Northern Region operations in Canada and Alaska and helped setup the Modification Center at St. Paul to modify B-24 bombers for the war in Europe. Koener became Manager of the Maintenance Division at St. Paul in 1952. He should be remembered as one of the pioneer airline aviation mechanics.