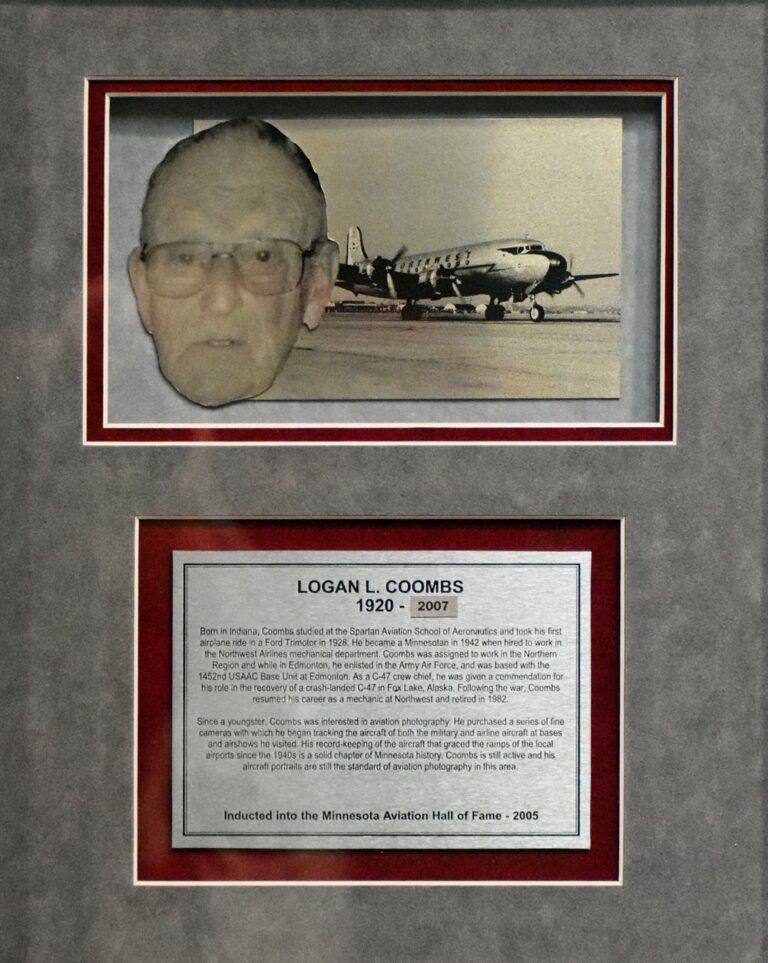 Born in Indiana, Coombs studied at the Spartan Aviation School of Aeronautics and took his first airplane ride in a Ford Trimotor in 1928. He became a Minnesotan in 1942 when hired to work in the Northwest Airlines mechanical department. Coombs was assigned to work in the Northern Region and while in Edmonton, he enlisted in the Army Air Force, and was based with the 1452nd USAAC Base Unit at Edmonton. As a C-47 crew chief, he was given a commendation for his role in the recovery of a crash-landed C-47 in Fox Lake, Alaska. Following the war, Coombs resumed his career as a mechanic at Northwest and retired in 1982.

Since a youngster, Coombs was interested in aviation photography. He purchased a series of fine cameras with which he began tracking the aircraft of both the military and airline aircraft at bases and airshows he visited. His record-keeping of the aircraft that graced the ramps of the local airports since the 1940s is a solid chapter of Minnesota history. Coombs is still active and his aircraft portraits are still the standard of aviation photography in this area.