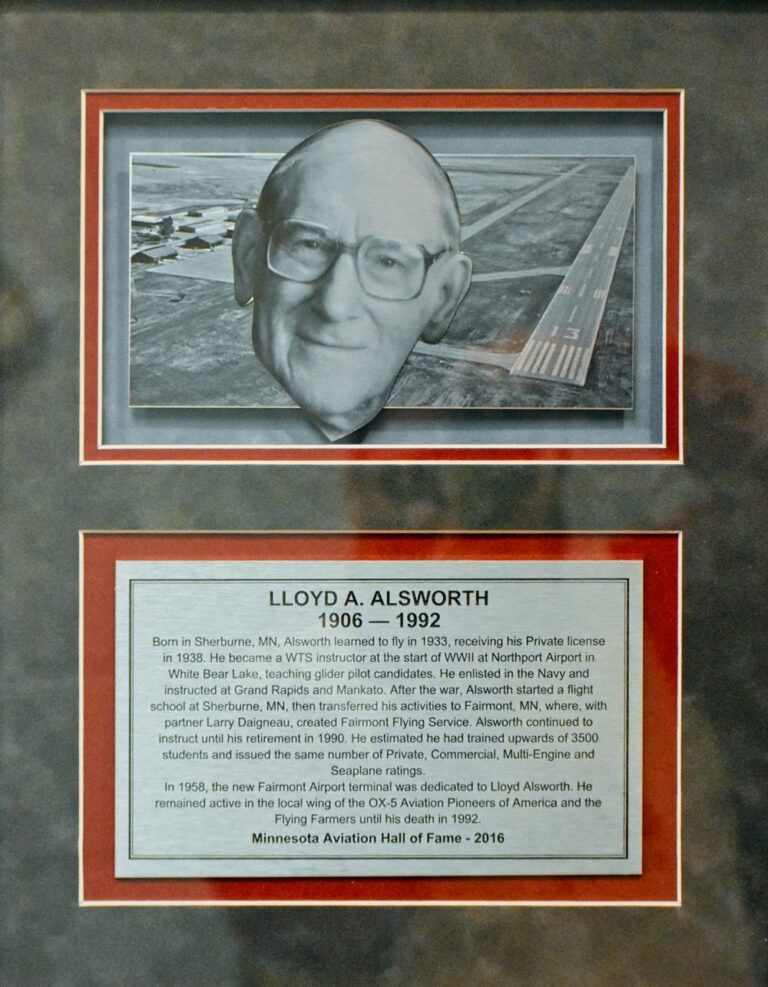 Born in Sherburne, MN, Alsworth learned to fly in 1933, receiving his Private license in 1938. He became a WTS instructor at the start of WWII at Northport Airport in White Bear Lake, teaching glider pilot candidates. He enlisted in the Navy and instructed at Grand Rapids and Mankato. After the war, Alsworth started a flight school at Sherburne, MN, then transferred his activities to Fairmont, MN, where, with partner Larry Daigneau, created Fairmont Flying Service. Alsworth continued to instruct until his retirement in 1990. He trained upwards of 3500 students and issued the same number of Private, Commercial, Multi-Engine and Seaplane ratings. In 1958, the new Fairmont Airport terminal was dedicated to Lloyd Alsworth. He remained active in aviation until his death in 1992.