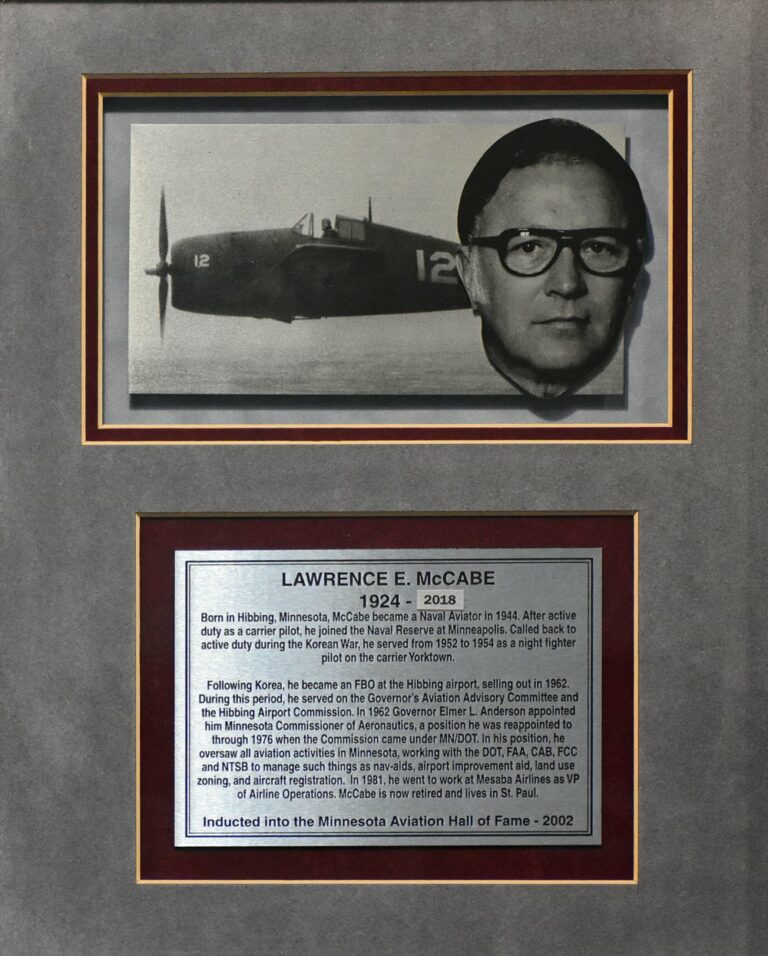 Hibbing native Lawrence McCabe enlisted as a naval cadet after graduating from high school in 1942. He graduated from Corpus Christie as a naval aviator in 1944 and was on active duty until 1946 when he joined the Naval Reserve at Minneapolis. He was called back to active duty in 1952 and served as a night fighter pilot on missions into Korea.

McCabe became an FBO (fixed-base operator) in Hibbing in 1955 and provided general aviation services until he sold out in 1962. He served on the Governor’s Advisory Committee and on the Hibbing Airport Commission as its first chair. He became airport manager in 1960.

Governor Elmer L. Anderson appointed him as commissioner of the Minnesota Department of Aeronautics in 1962. As commissioner, he supervised and encouraged the establishment of airports and navigation facilities in Minnesota. He served through three more governors and in 1976 was appointed assistant commissioner of Mn/DOT.

After he retired from state office, McCabe became vice president of public relations and governmental affairs for Mesaba Airlines.