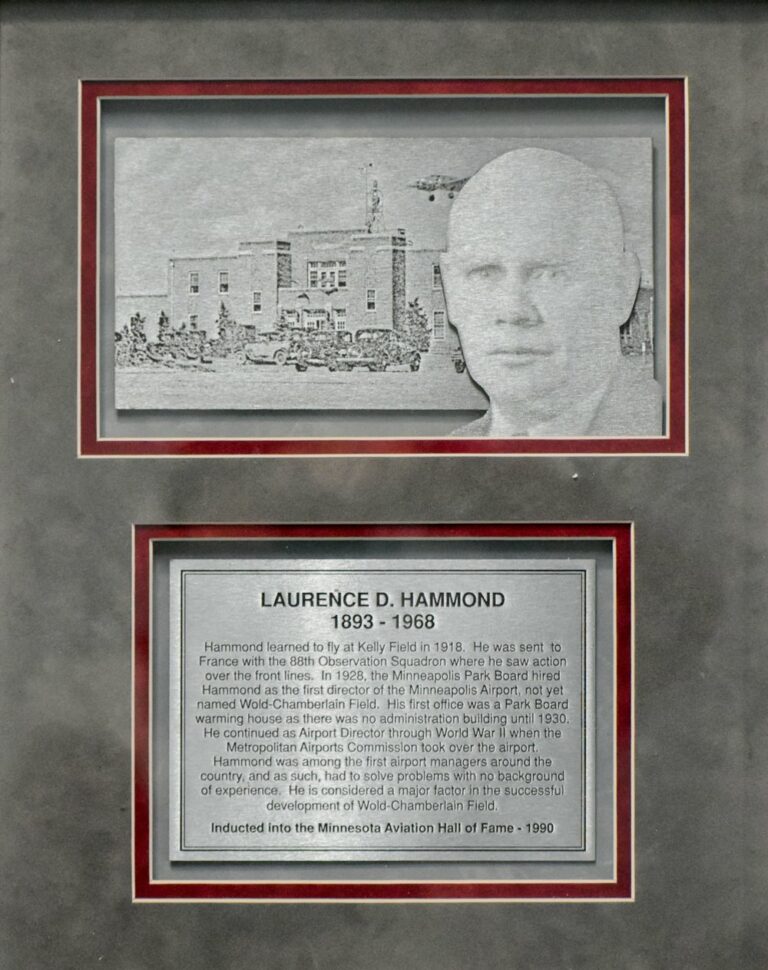 Born in Richfield, Minnesota, Hammond learned to fly at Kelly Field in 1918 with the U. S. Air Service. He was sent to France with the 88th Observation Squadron where he saw action over the front lines. In 1928, the Minneapolis Park Board hired Hammond as the first director of the Minneapolis Airport. His office was a Park Board warming house as there was no administration building until 1930. He continued in his position of Airport Director through World War II when the Metropolitan Airports Commission took over the airport. Hammond was among the first airport managers around the country, and as such, had to solve problems with no background of experience. He is considered a major factor in the successful development of Wold-Chamberlain Field.