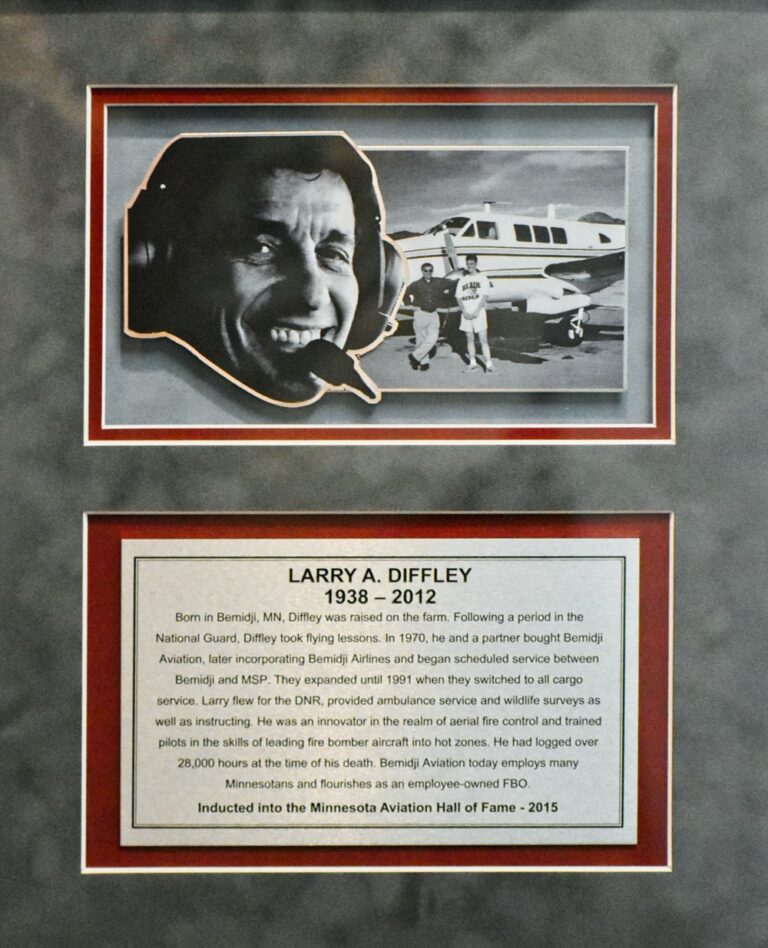 Born in Bemidji, MN, Diffley was raised on the farm. Following a period in the National Guard, Diffley took flying lessons. In 1970, he and a partner bought Bemidji Aviation, later incorporating Bemidji Airlines and began scheduled service between Bemidji and MSP. They expanded until 1991 when they switched to all cargo service. Larry flew for the DNR, provided ambulance service, and wildlife surveys as well as instructing. He was an innovator in the realm of aerial fire control and trained pilots in the skills of leading fire bomber aircraft into hot zones. He had logged over 28,000 hours at the time of his death. Bemidji Aviation today employs many Minnesotans and today flourishes as an employee-owned FBO.