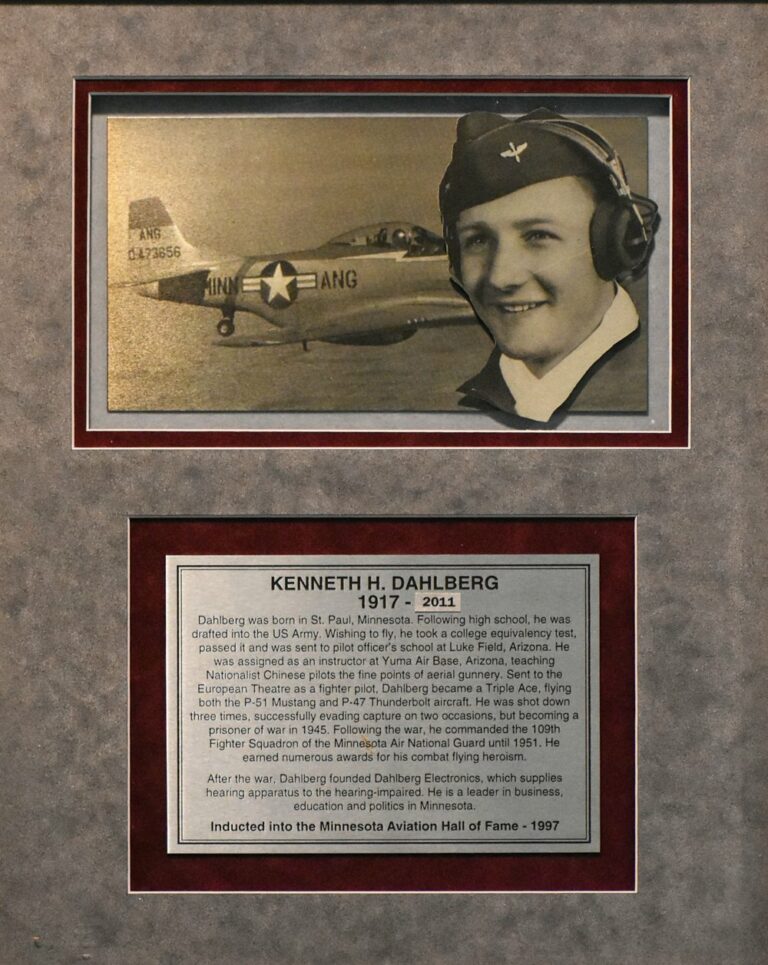 St. Paul native Kenneth Dahlberg was drafted into the U.S. Army after high school. Wanting to fly, he passed a college equivalency test and attended pilot officers school at Luke Field, Arizona. He became an instructor at Yuma Air Base, Arizona and taught Nationalist Chinese pilots the fine points of aerial gunnery. Dahlberg became a triple ace while flying the P-51 Mustang and P-47 Thunderbolt aircraft in Europe during World War II. He was shot down three times and successfully evaded capture on two occasions before becoming a prisoner of war in 1945.

After the war, Dahlberg commanded the 109th Fighter Squadron of the Minnesota Air National Guard until 1951. He earned several awards for combat flying heroism.

After the war, Dahlberg founded Dahlberg Electronics, a company that supplies hearing apparatus to the hearing-impaired. He is a local leader in business, education and politics.