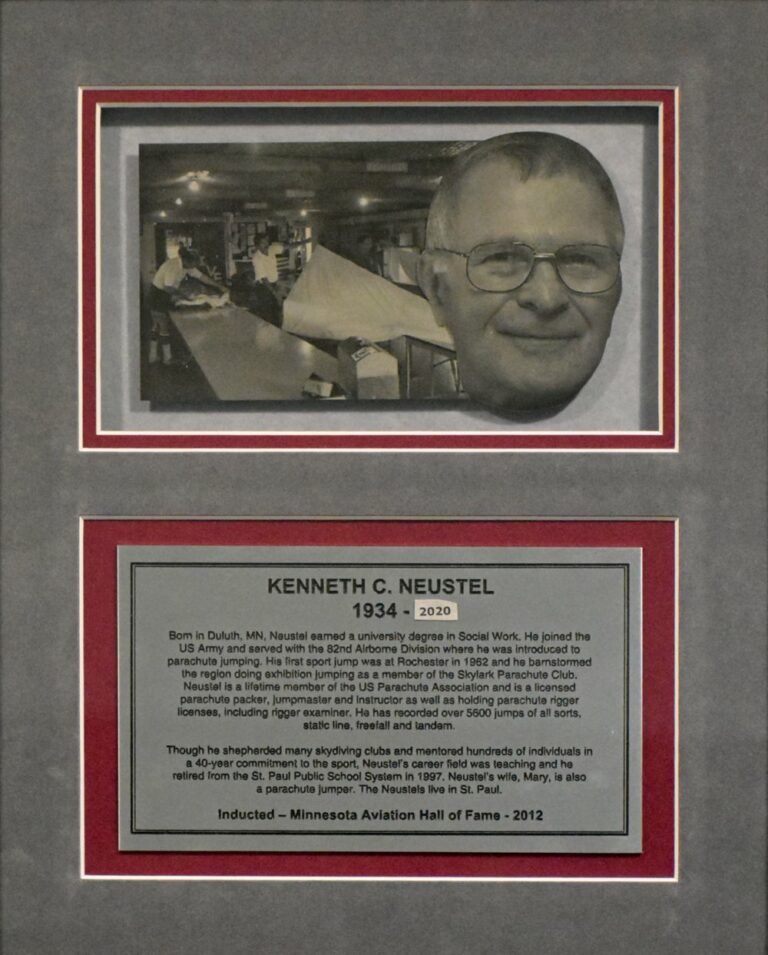 Born in Duluth, MN, Neustel earned a university degree in Social Work. He joined the US Army and served with the 82nd Airborne Division where he was introduced to parachute jumping. His first sport jump was at Rochester in 1962 and he barnstormed the region doing exhibition jumping as a member of the Skylark Parachute Club. Neustel is a lifetime member of the US Parachute Association and is a licensed parachute packer, jumpmaster and instructor as well as holding parachute rigger licenses, including rigger examiner. He has recorded over 5600 jumps of all sorts, static line, freefall and tandem. Though he shepherded many skydiving clubs and mentored hundreds of individuals in a 40-year commitment to the sport, Neustel’s career field was teaching and he retired from the St. Paul Public School System in 1997. Neustel’s wife, Mary, is also a parachute jumper. The Neustels live in St. Paul.