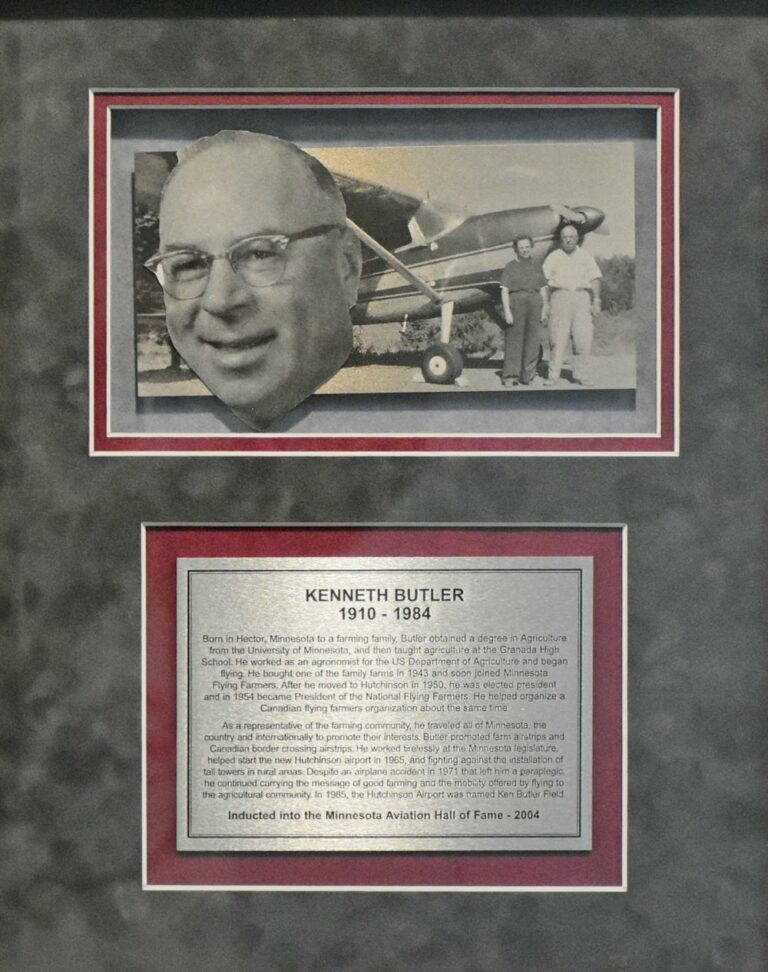 Born in Hector, Minnesota to a farming family, Butler obtained a degree in Agriculture from the University of Minnesota, and then taught agriculture at the Granada High School. He worked as an agronomist for the U.S. Department of Agriculture and began flying. He bought one of the family farms in 1943 and soon joined the Minnesota Flying Farmers. After he moved to Hutchinson in 1950, he was elected their president and in 1954 became President of the National Flying Farmers. He helped organize a Canadian flying farmers organization about the same time.

As a representative of the farming community, he traveled all of Minnesota, the country and internationally to promote their interests. Butler promoted farm airstrips and Canadian border crossing airstrips. He worked tirelessly at the Minnesota legislature, helping start the new Hutchinson airport in 1965, and fighting against the installation of tall towers in rural areas. Despite an airplane accident in 1971 that left him a paraplegic, he continued carrying the message of good farming and the mobility offered by flying to the agricultural community. In 1985, the Hutchinson Airport was named Ken Butler Field.