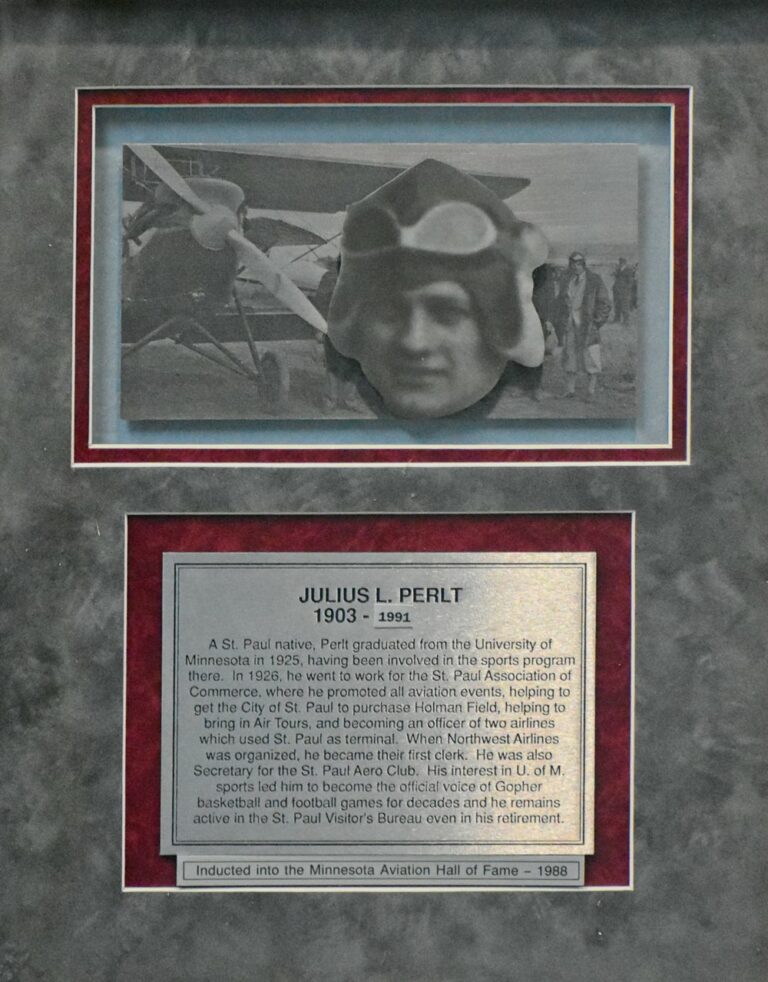 Born in St. Paul, Perlt graduated from the University of Minnesota in 1925, having been a medal-winning gymnast. In 1926, he went to work for the St. Paul Association of Commerce and promoted all manner of aviation activities, including the Ford Reliability Tour stops in 1926, 1928 and 1929. He worked closely with Colonel Lewis Brittin to get the airmail contract for Northwest Airways, and became Northwest's first office manager. In 1929, Perlt lobbied the City Council to purchase land to build the St. Paul Airport and organized the St. Paul to Winnipeg Goodwill Tours. Perlt also became secretary of the St. Paul Aero Club, and an officer of both Yellow Cab Airlines and Mamer Airlines that used St. Paul as a base of operations. He remained with the St. Paul Chamber of Commerce and the Visitor's Bureau throughout his career, while working for the Brede Company. He was very well known as the announcer of the University of Minnesota's Gopher football and basketball games at Memorial Stadium and Williams Arena.