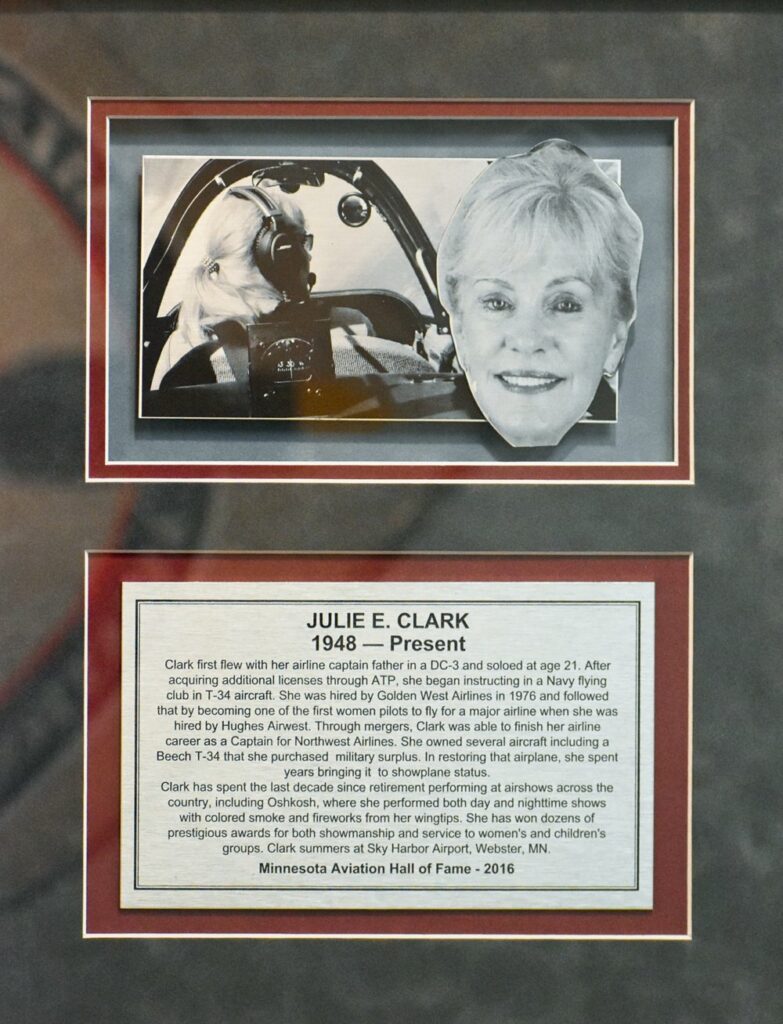 Clark first flew with her airline captain father in a DC-3 and soloed at age 21. After acquiring additional licenses through ATP, she began instructing in a Navy flying club in T-34 aircraft. She was hired by Golden West Airlines in 1976 and followed that by becoming one of the first women pilots to fly for a major airline when she was hired by Hughes Airwest. Through mergers, Clark was able to finish her airline career as a Captain for Northwest Airlines. She owned several aircraft including a Beech T-34 that she purchased military surplus. In restoring that airplane, she spent years bringing it to showplane status.

Clark has spent the last decade since retirement performing at airshows across the country, including Oshkosh, where she performed both day and nighttime shows with colored smoke and fireworks from her wingtips. She has won dozens of prestigious awards for both showmanship and service to women’s and children’s groups. Clark summers at Sky Harbor Airport, Webster, MN