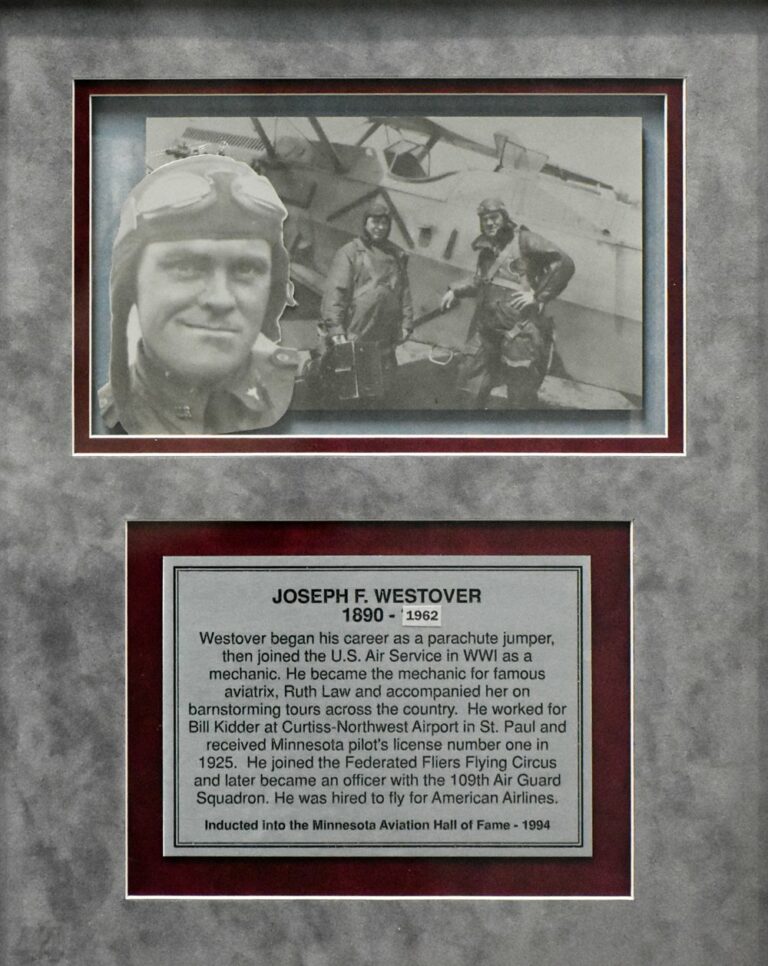 Westover began as a barnstorming parachute jumper before joining the US Air Service as a mechanic in World War I. After the war he worked for the Glenn Curtiss Company in New York and joined the aerial circus troupe of Ruth Law. He accompanied her across the country, finding his way to Minnesota.

Westover then went to work for the Curtiss-Northwest Company of William Kidder in St. Paul. He joined the 109th Air Guard Squadron and served ten years. He founded his own aerial circus, which performed at the Minnesota State Fair twice. He also appeared as an aerial stuntman with Gladys Roy as wing-walker.

In 1928 Westover went to work for Universal Air Lines as a fleet maintenance supervisor. When Universal merged into the American Airline system, he graduated to the position of line pilot. He was also a skilled aerial photographer while serving with the Air Guard.