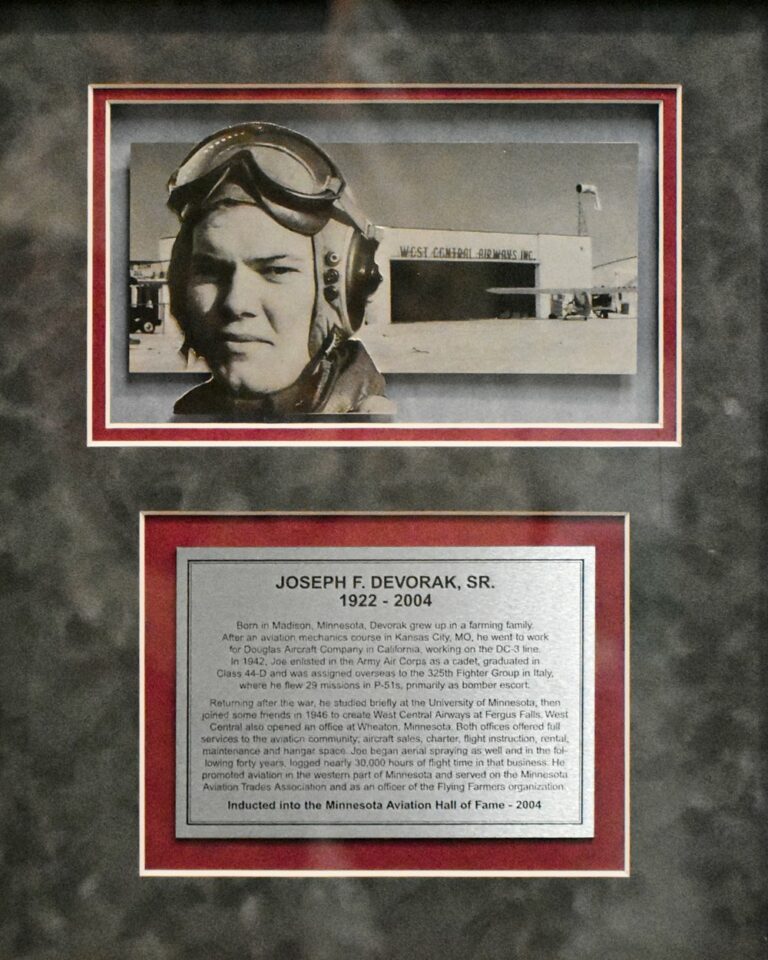 Born in Madison, Minnesota, Devorak grew up in a farming family. After an aviation mechanics course in Kansas City, MO, he went to work for Douglas Aircraft Company in California, working on the DC-3 line. In 1942, Joe enlisted in the Army Air Corps as a cadet, graduated in Class 44-D and was assigned overseas to the 325th Fighter Group in Italy, where he flew 29 missions in P-51s, primarily as bomber escort.

Returning after the war, he studied briefly at the University of Minnesota, then joined some friends in 1946 to create West Central Airways at Fergus Falls. West Central also opened an office in Wheaton, Minnesota. Both offices offered full services to the aviation community; aircraft sales, charter, flight instruction, rental, maintenance and hangar space. Joe began aerial spraying as well and in the following forty years, logged nearly 30,000 hours of flight time in that business. He promoted aviation in the western part of Minnesota and served on the Minnesota Aviation Trades Association and as an officer of the Flying Farmers organization.