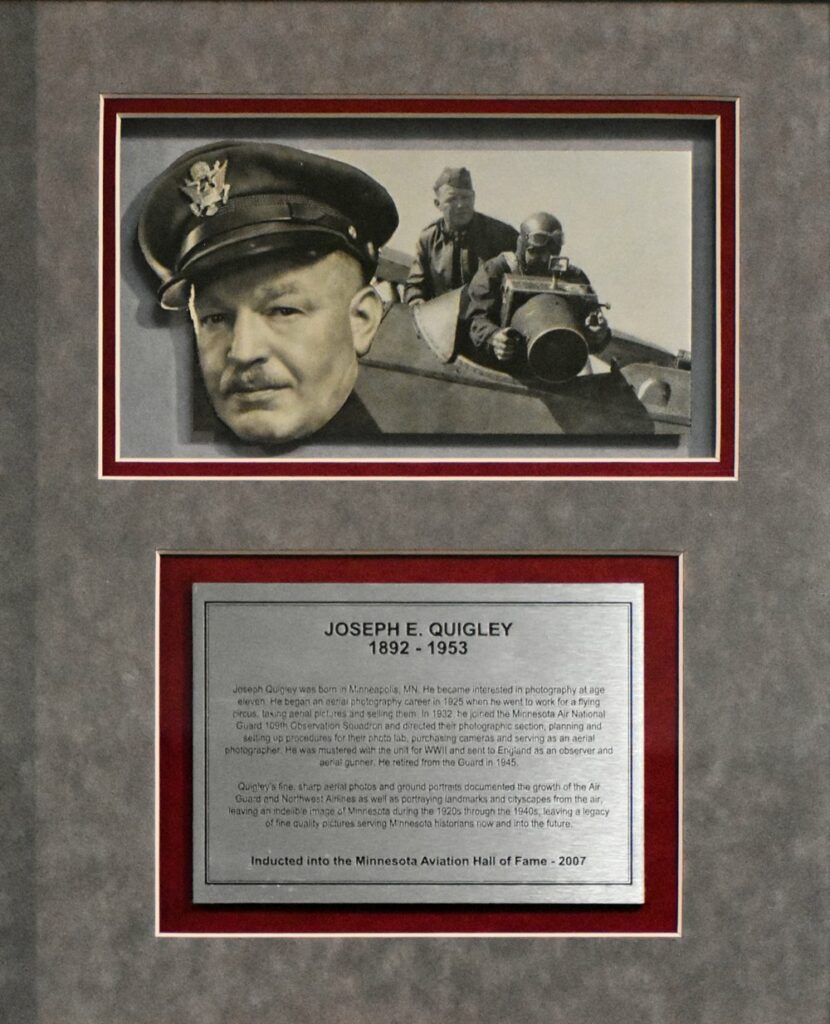 Joseph Quigley was born in Minneapolis, MN. He became interested in photography at age eleven. He began an aerial photography career in 1925 when he went to work for a flying circus, taking aerial pictures and selling them. In 1932, he joined the Minnesota Air National Guard 109th Observation Squadron and directed their photographic section, planning and setting up procedures for their photo lab, purchasing cameras and serving as an aerial photographer. He was mustered with the unit for WWII and sent to England as an observer and aerial gunner. He retired from the Guard in 1945.

Quigley’s fine, sharp aerial photos and ground portraits documented the growth of the Air Guard and Northwest Airlines as well as portraying landmarks and cityscapes from the air, leaving an indelible image of Minnesota during the 1920s through the 1940s, leaving a legacy of fine quality pictures serving Minnesota historians now and into the future.