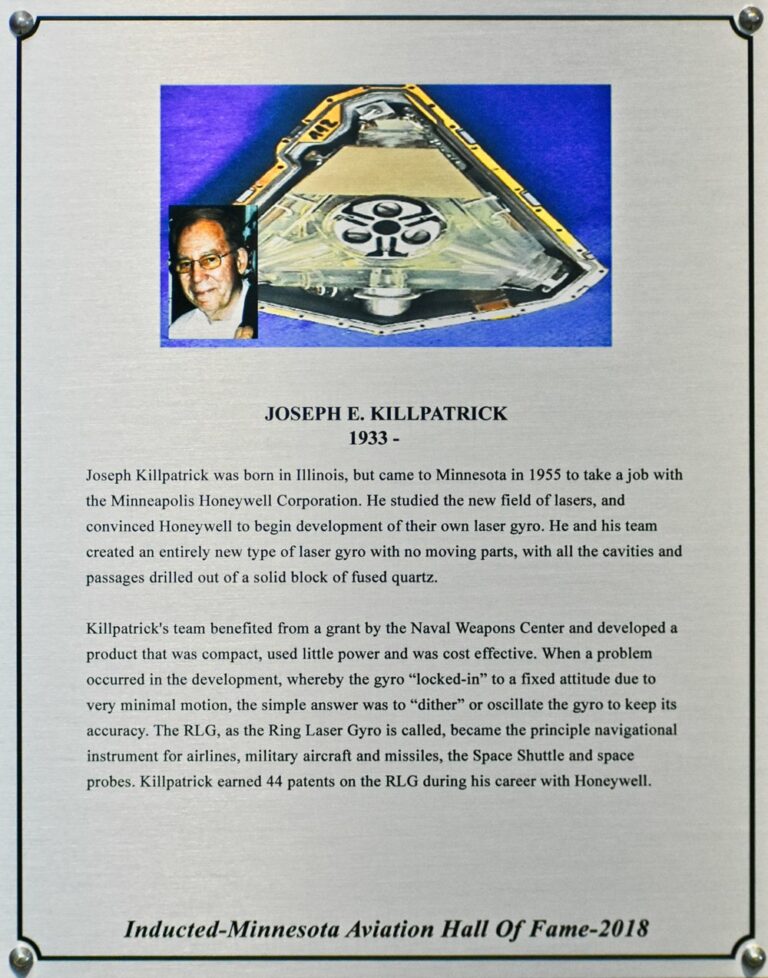 Joseph Killpatrick was born in Illinois, but came to Minnesota in 1955 to take a job with the Minneapolis Honeywell Corporation. He studied the new field of lasers, and convinced Honeywell to begin development of their own laser gyro. He and his team created an entirely new type of laser gyro with no moving parts, with all the cavities and passages drilled out of a solid block of fused quartz.

Killpatrick's team benefited from a grant by the Naval Weapons Center and developed a product that was compact, used little power and was cost effective. When a problem occurred in the development, whereby the gyro “locked-in” to a fixed attitude due to very minimal motion. The simple answer was to “dither” or oscillate the gyro to keep its accuracy. The RLG, as the Ring Laser Gyro is called, became the principle navigational instrument for airlines, military aircraft and missiles, the Space Shuttle and space probes. Killpatrick earned 44 patents on the RLG during his career with Honeywell.