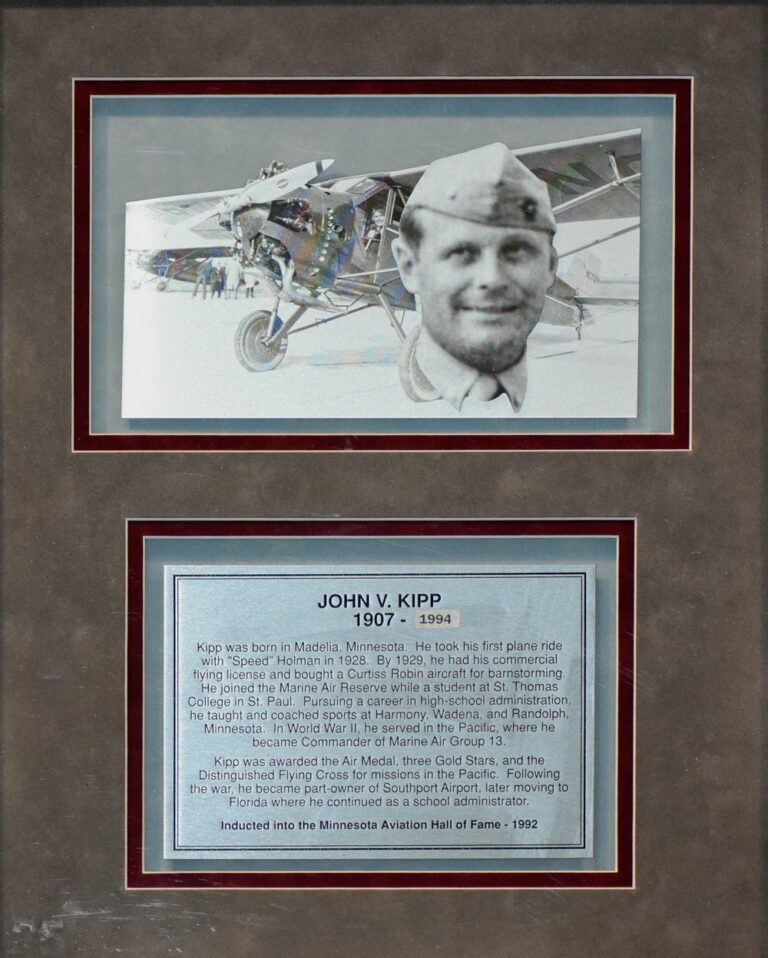 Born in Madelia, Minnesota. Kipp took his first plane ride with Speed Holman in 1928. By 1929, he had his Commercial License and went barnstorming in a Curtiss Robin aircraft. He often accompanied Florence Klingensmith on barnstorming trips. He joined the Marine Reserve and became an officer while attending St. Thomas College in St. Paul. He pursued a career in High School Administration at Harmony, Wadena, and Randolph, Minnesota, also coaching school sports teams to state championships. He instructed flying at Wold-Chamberlain prior to World War II, then was called to active duty in the Pacific, becoming Commander of Marine Air Group 13. Kipp flew the historic flag-raising films from Iwo Jima to Guam, the first leg of their trip to the United States. He was awarded the Air Medal, three Gold Stars, and the DFC for bombing missions in the Pacific. Following the war, he became part owner of Southport Airport in Apple Valley, then moved to Florida, where he returned to school administration.