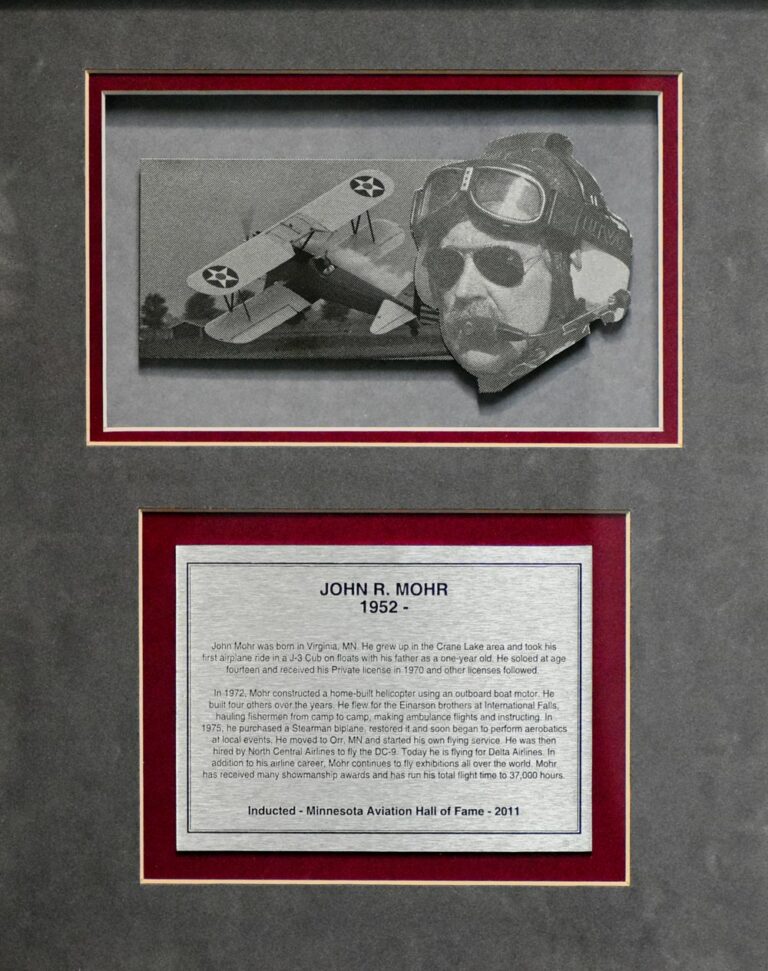 John Mohr was born in Virginia, MN. He grew up in the Crane Lake area and took his first airplane ride in a J-3 Cub on floats with his father as a one-year old. He soloed at age fourteen and received his Private license in 1970 and other licenses followed.

In 1972, Mohr constructed a home-built helicopter using a boat outboard motor. He built four others over the years. He flew for the Einarson brothers at International Falls, hauling fishermen from camp to camp, making ambulance flights and instructing. In 1975, he purchased a Stearman biplane, restored it and soon began to perform aerobatics at local events. He moved to Orr, MN and started his own flying service. He was then hired by North Central Airlines to fly the DC-9. Today he is flying for Delta Airlines. In addition to his airline career, Mohr continues to fly exhibitions all over the world. Mohr has received many showmanship awards and has run his total flight time to 37,000 hours.