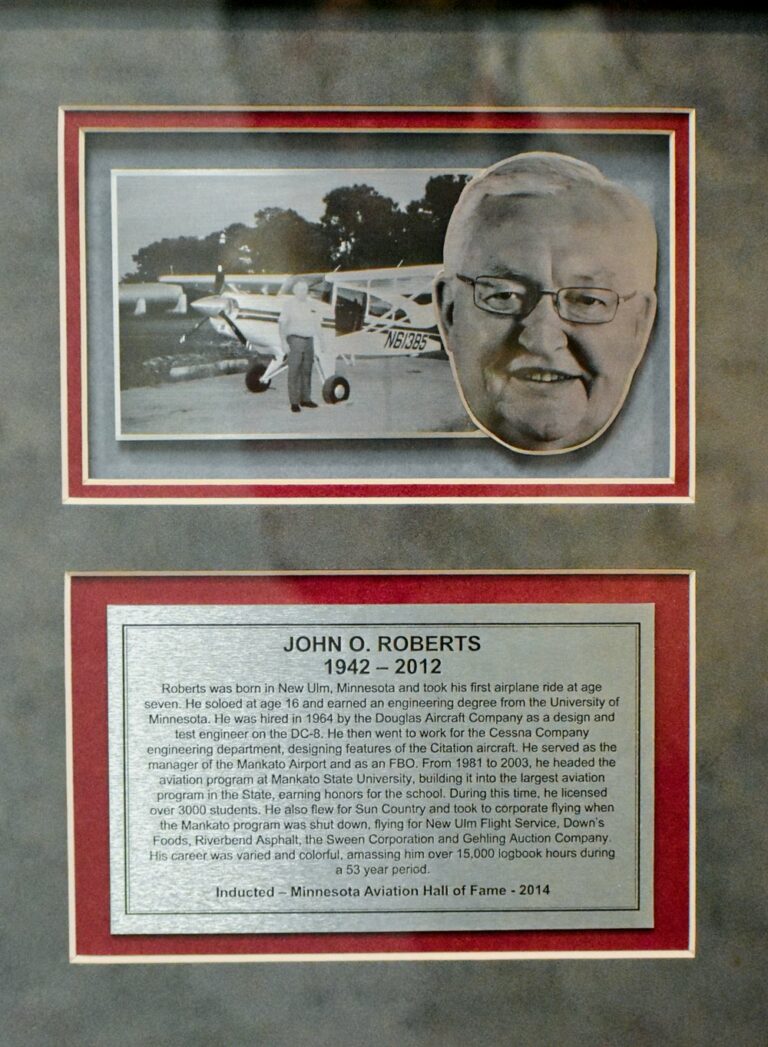 Roberts was born in New Ulm, Minnesota and took his first airplane ride at age seven. He soloed at age 16 and earned an engineering degree from the University of Minnesota. He was hired in 1964 by the Douglas Aircraft Company as a design and test engineer on the DC-8. He then went to work for the Cessna Company engineering department designing features of the Citation aircraft. He served as the manager of the Mankato Airport and as an FBO. From 1981 to 2003, he headed the aviation program at Mankato State University, building it into the largest aviation program in the State, earning honors for the school. During this time, he licensed over 3000 students.

During this time, he also flew for Sun Country and took to corporate flying when the Mankato program was shut down, flying for New Ulm Flight Service, Down’s Foods, Riverbend Asphalt, the Sween Corporation and Gehling Auction Company. His career was varied and colorful, amassing him over 15,000 logbook hours during a 53 year period.