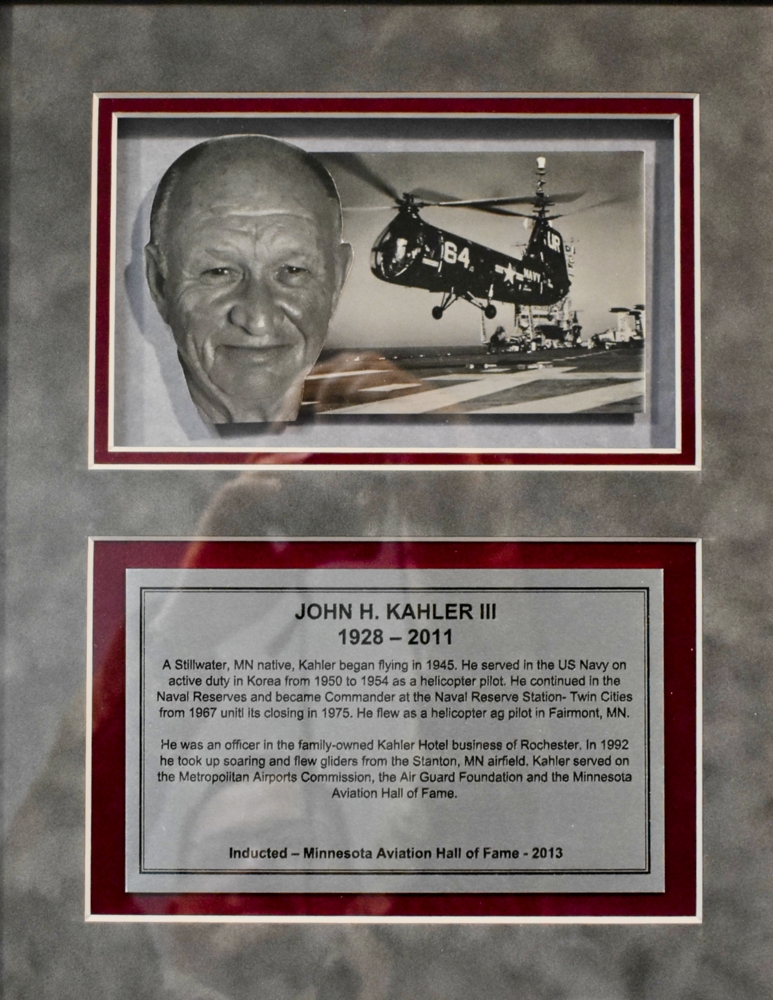 A Stillwater, MN native, Kahler began flying in 1945. He served in the US Navy on active duty in Korea from 1950 to 1954 as a helicopter pilot. He continued in the Naval Reserves and became Commander at the Naval Reserve Station- Twin Cities from 1967 till its closing in 1975. He flew as a helicopter ag pilot in Fairmont, MN. He was an officer in the family-owned Kahler Hotel business of Rochester. In 1992 he took up soaring and flew gliders from the Stanton, MN airfield. Kahler served on the Metropolitan Airport Commission, the Air Guard Foundation and the Minnesota Aviation Hall of Fame.