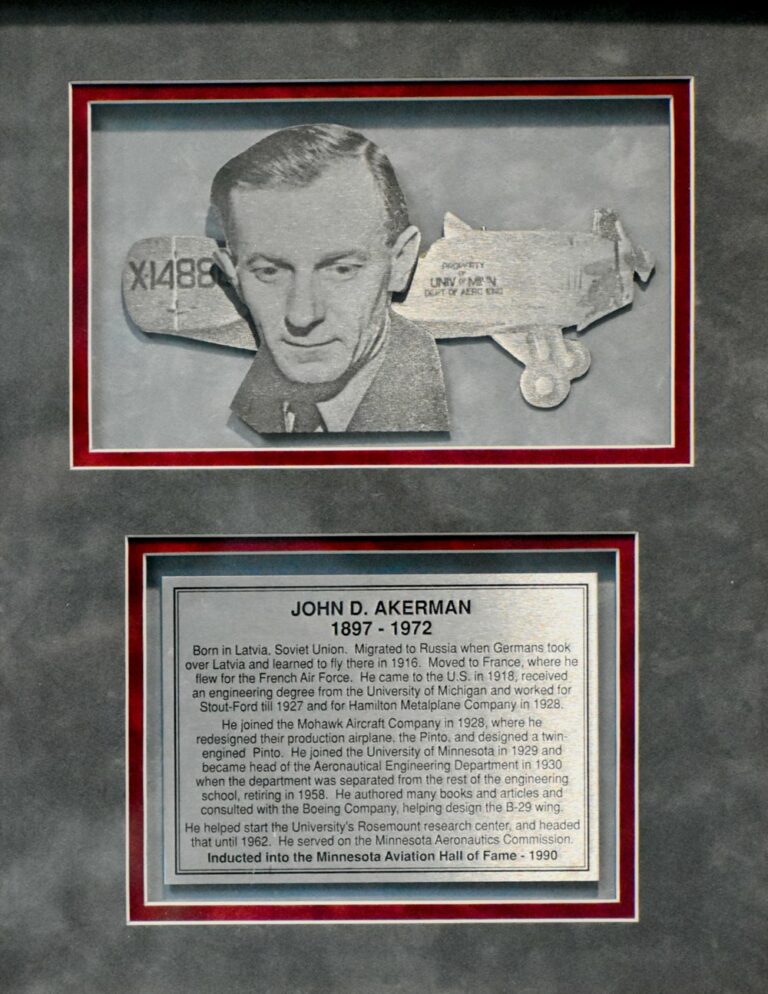 Born in Latvia, Soviet Union. Akerman migrated to Russia when the Germans took over Latvia, and learned to fly there in 1916. He moved to France, where he flew for the French Air Force, before coming to the U. S. in 1918. He received an Engineering degree from the University of Michigan and worked for Stout-Ford until 1927 and for the Hamilton Metalplane Company for a while after that. He began work for the Mohawk Aircraft Company in 1928, where he did engineering redesign of the Mohawk airplane and joined the University of Minnesota in 1929, becoming head of the Aeronautical Engineering Department in 1930, when the Department was separated from the rest of the Engineering School. He stayed until 1958, and during that time, authored many books and articles on structures and meteorology. He was a consultant to the Boeing Company and a major part of the team that designed the B-29 wing. Professor Akerman was instrumental in starting the University's Rosemount Aeronautical Research Center, and headed that until 1962. He served as one of five Commissioners of the 1933 Minnesota Aeronautics Commission.