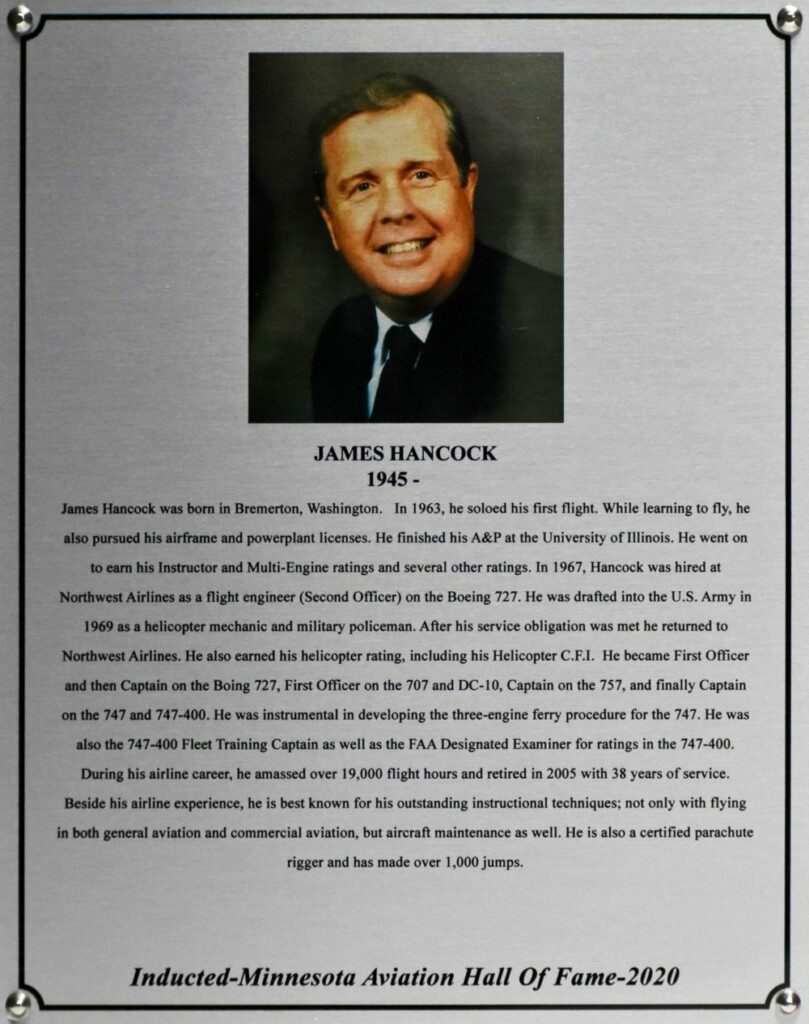 James Hancock was born in Bremerton, Washington. In 1963, he soloed his first flight. While learning to fly, he also pursued his airframe and powerplant licenses. He finished his A&P at the University of Illinois. He went on to earn his Instructor and Multi-Engine ratings and several other ratings. In 1967, Hancock was hired at Northwest Airlines as a flight engineer (Second Officer) on the Boeing 727. He was drafted into the U.S. Army in 1969 as a helicopter mechanic and military policeman. After his service obligation was met he returned to Northwest Airlines. He also earned his helicopter rating, including his Helicopter C.F.I. He became First Officer and then Captain on the Boing 727, First Officer on the 707 and DC-10, Captain on the 757, and finally Captain on the 747 and 747-400. He was instrumental in developing the three-engine ferry procedure for the 747. He was also the 747-400 Fleet Training Captain as well as the FAA Designated Examiner for ratings in the 747-400. During his airline career, he amassed over 19,000 flight hours and retired in 2005 with 38 years of service. Beside his airline experience, he is best known for his outstanding instructional techniques; not only with flying in both general aviation and commercial aviation, but aircraft maintenance as well. He is also a certified parachute rigger and has made over 1,000 jumps.