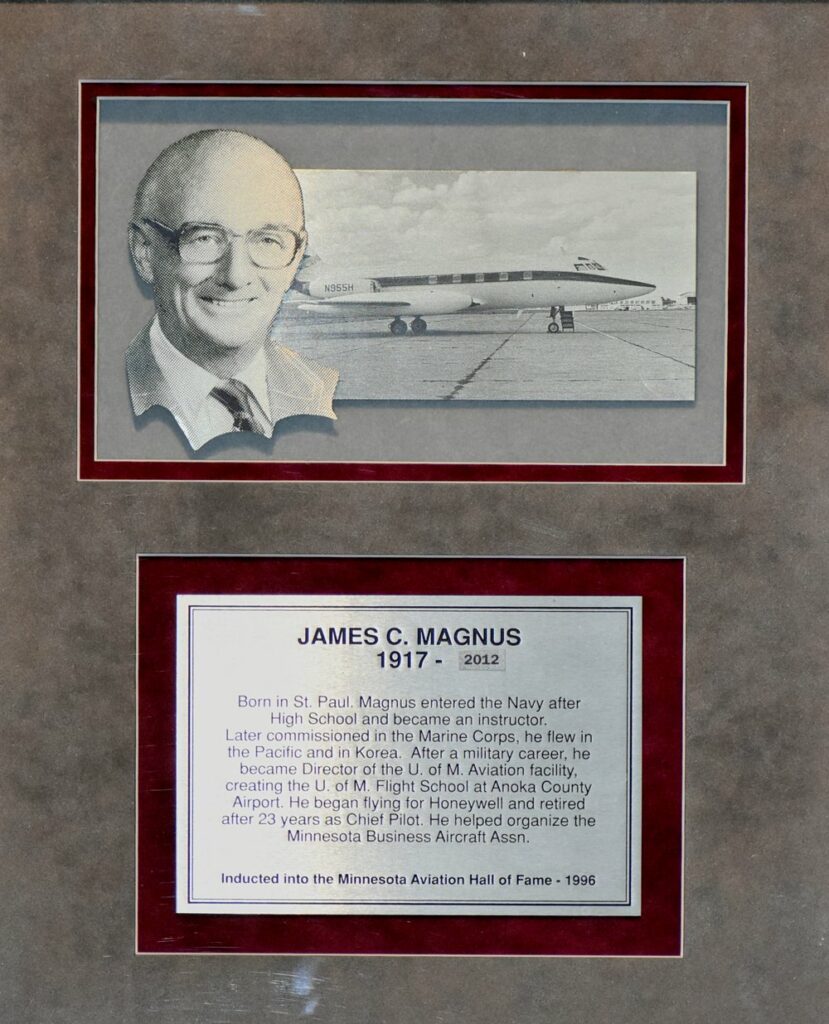 After graduating from high school in 1941, St. Paul native James C. Magnus became an instructor in the U.S. Navy. He later flew in the Pacific and in Korea for the United States Marine Corps. After finishing his military career, he served as director of aviation for the University of Minnesota and created the University’s Flight School at Anoka County Airport. He began flying for Honeywell in 1954, ending his career 23 years later as chief pilot. He was instrumental in organizing the Minnesota Business Aircraft Association.