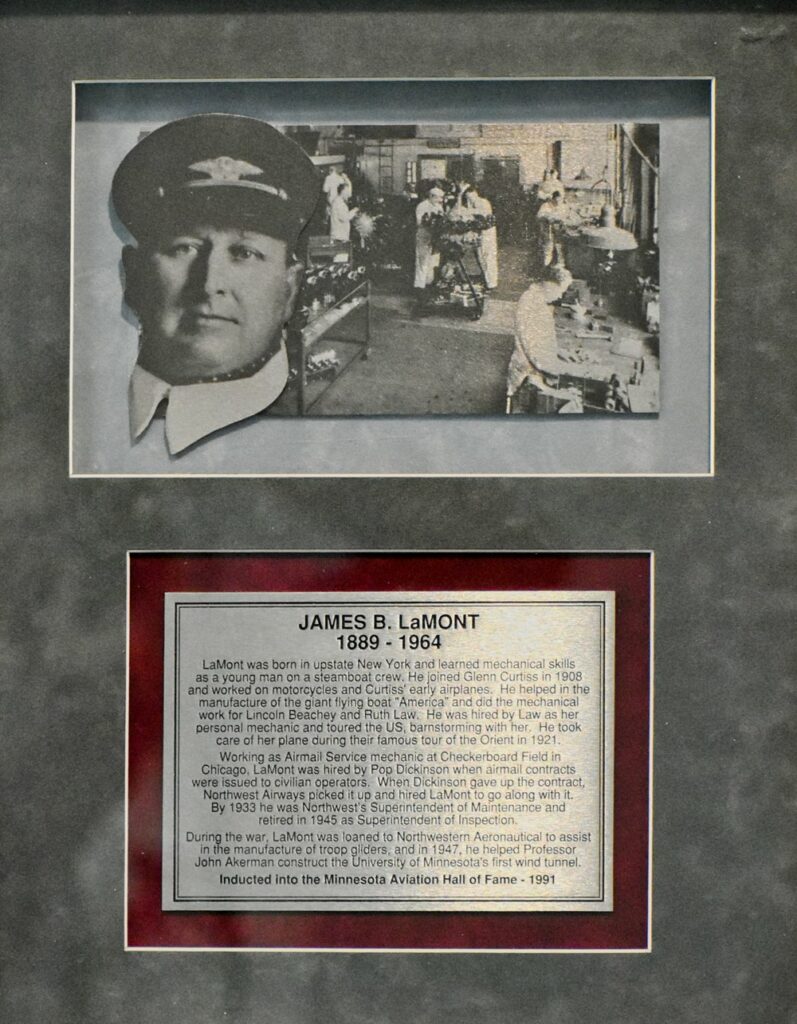 La Mont started his working career as a steamboat captain in New York. He went to work for Glenn Curtiss at Hammondsport, New York, as a motorcycle mechanic and factory worker. Jim La Mont helped Curtiss rebuild the Langley Aerodrome, an airplane that preceded the Wright Brothers airplane, to help prove that the Wrights did not own the idea of flying. La Mont also helped Curtiss build the famous “June Bug” early airplane. La Mont met aviatrix Ruth Law, and became her regular mechanic, going with her on tour through the United States, Europe, and Japan. La Mont also worked as a mechanic for Lincoln Beachey, and later for Matty Laird at Chicago, building the Laird airplanes. It was there he met Speed Holman, who hired him to work for Northwest Airways in 1928. During the war, La Mont was loaned to Northwestern Aeronautical at St. Paul, to advise them on, and oversee production of, Waco military gliders they were building under contract to the Army. In 1946, La Mont retired from Northwest with the title of Superintendent of Inspection in the maintenance department.