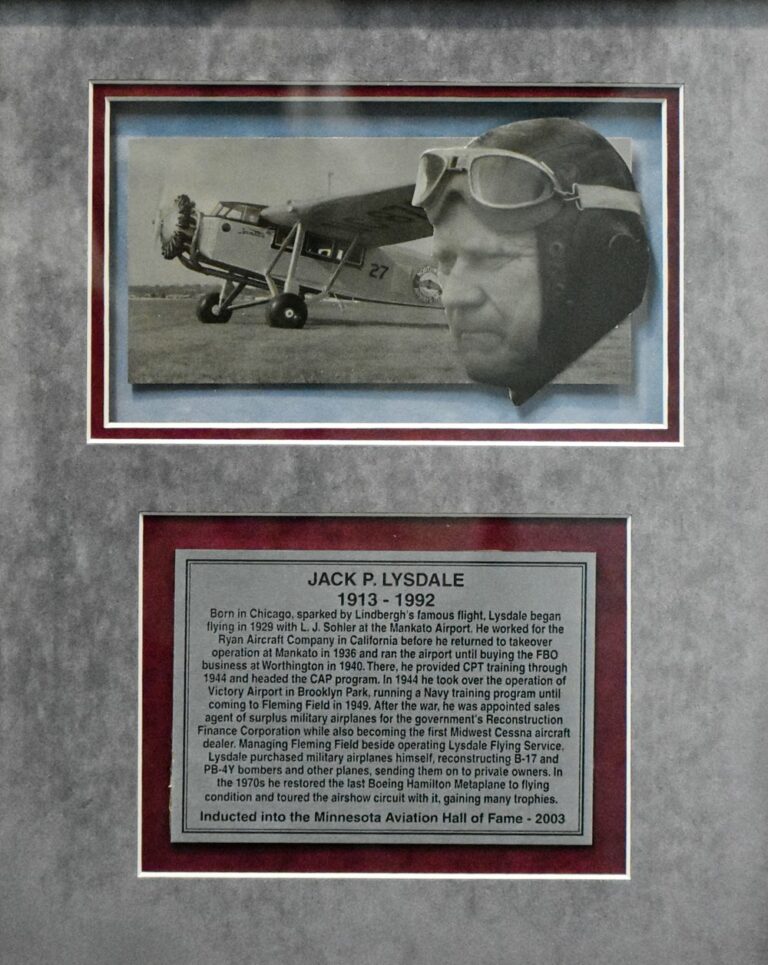 Born in Chicago, sparked by Lindbergh's famous flight, Lysdale began flying in 1929 with L. J. Sohler at the Mankato Airport. He worked for the Ryan Aircraft Company in California before he returned to takeover operation at Mankato in 1936 and ran the airport until buying the FBO business at Worthington in 1940. There he provided CPT training through 1944 and headed the CAP program. In 1944 he took over operation of Victory Airport in Brooklyn Park, running a Navy training program until coming to Fleming Field in 1949. After the war he was appointed sales agent for the Reconstruction Finance Corporation while also becoming the first Midwest Cessna aircraft dealer.

Managing Fleming Field besides operating Lysdale Flying Service, Lysdale purchased military airplanes himself, reconstructing B-17 and PB-4Y bombers and other planes, sending them on to private owners. In the 1970s he restored the last Boeing Hamilton Metalplane to flying condition and toured the air show circuit with it, gaining many trophies.