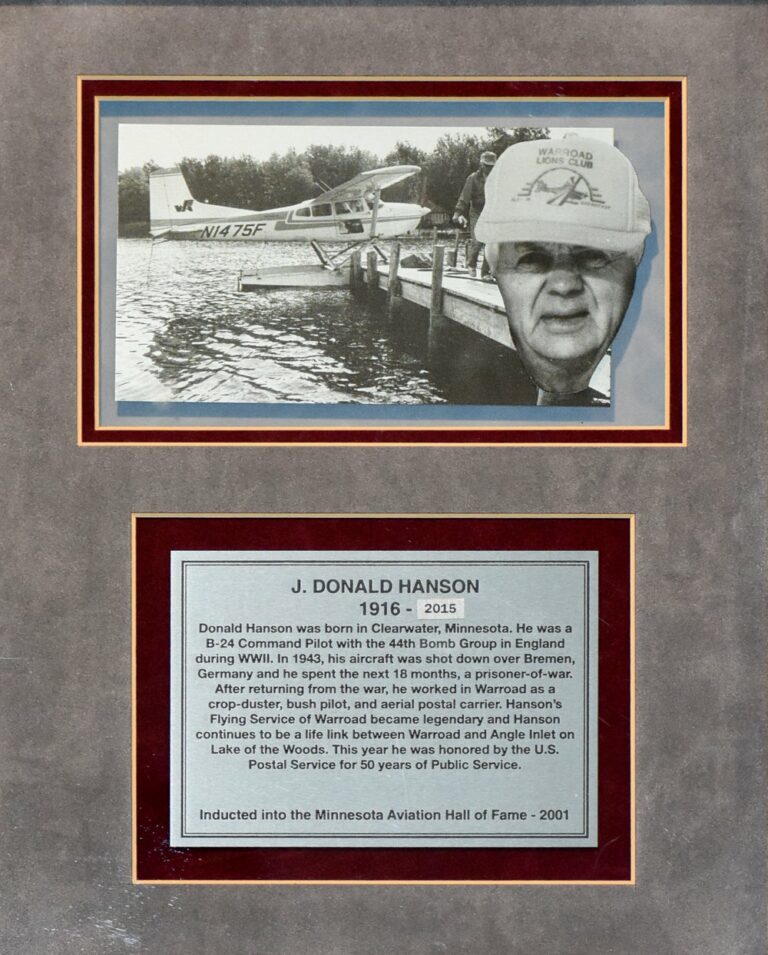 Donald Hanson of Clearwater, Minnesota served as a B-24 command pilot with the 44th Bomb Group in England during World War II. His aircraft was shot down over Bremen, Germany, in 1943 and he spent the next 18 months as a prisoner of war. After the war he worked as an agricultural pilot and aerial postal carrier in Warroad. Hanson’s Flying Service of Warroad became legendary.

Hanson continues to serve as a life link between Warroad and theAngle Inlet on Lake of the Woods. In 2001 the U.S. Postal Service honored him for 50 years of public service.