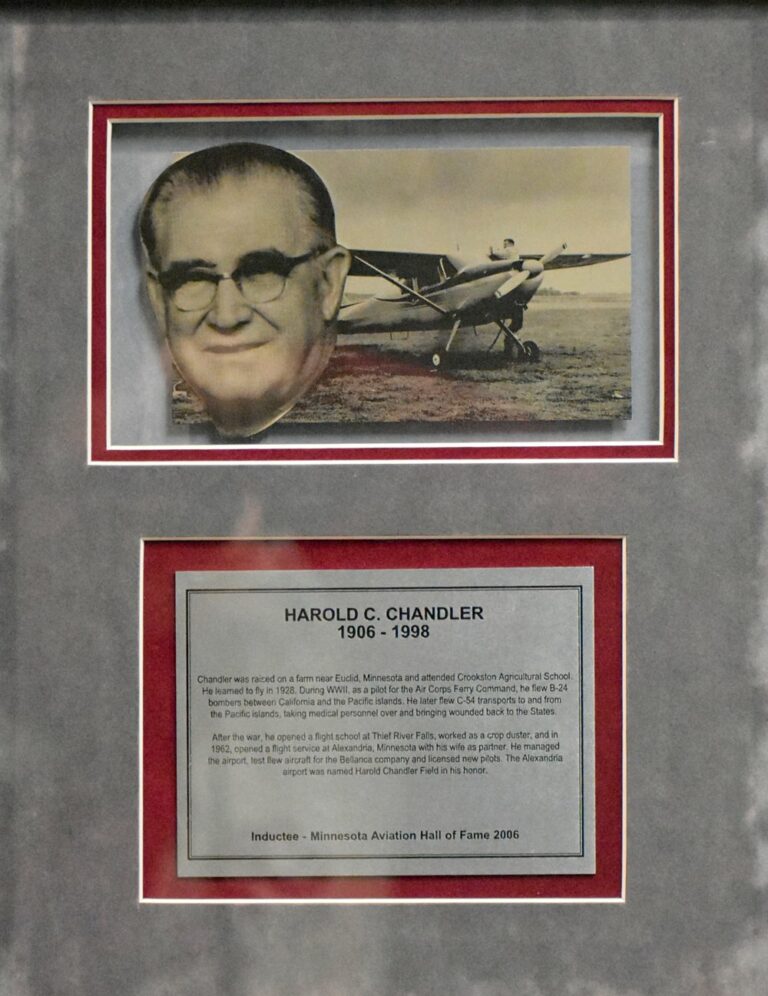 Chandler was raised on a farm near Euclid, Minnesota and attended Crookston Agricultural School. He learned to fly in 1928. During WWII, as a pilot for the Air Corps Ferry Command, he flew B-24 bombers between California and the Pacific islands. He later flew C-54 transports to and from the Pacific islands, taking medical personnel over and bringing wounded back to the States.

After the war, he opened a flight school at Thief River Falls, worked as a crop duster, and in 1962, opened a flight service at Alexandria, Minnesota with his wife as partner. He managed the airport, test flew aircraft for the Bellanca company and licensed new pilots. The Alexandria airport was named Harold Chandler Field in his honor.