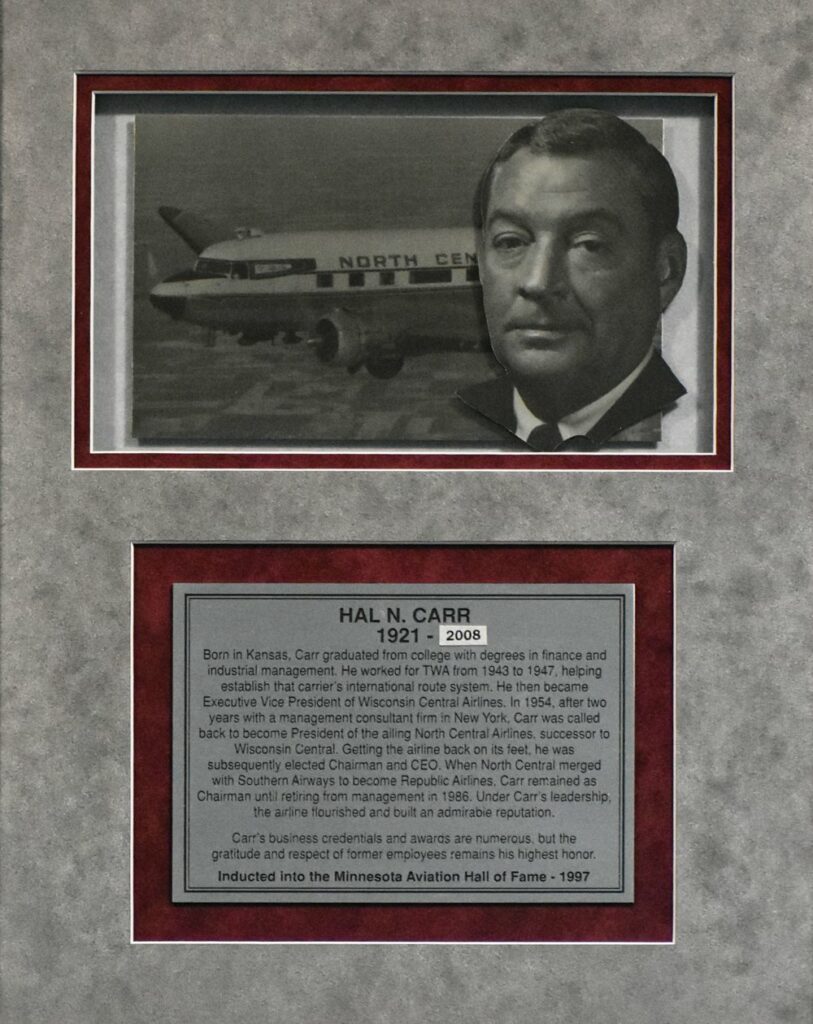 Kansas-born Hal Carr graduated from college with degrees in finance and industrial management. He worked for Trans World Airlines (TWA) from 1943 to 1947 and helped establish that carrier’s international route system. He then became executive vice president of Wisconsin Central Airlines. In 1954, after two years with a management consultant firm in New York, Carr became president of the ailing North Central Airlines (which succeeded Wisconsin Central). He got the airline back to financial health before being elected chair and CEO.

When North Central merged with Southern Airways to become Republic Airlines, Carr remained as CEO and chair until retiring from management in 1986.