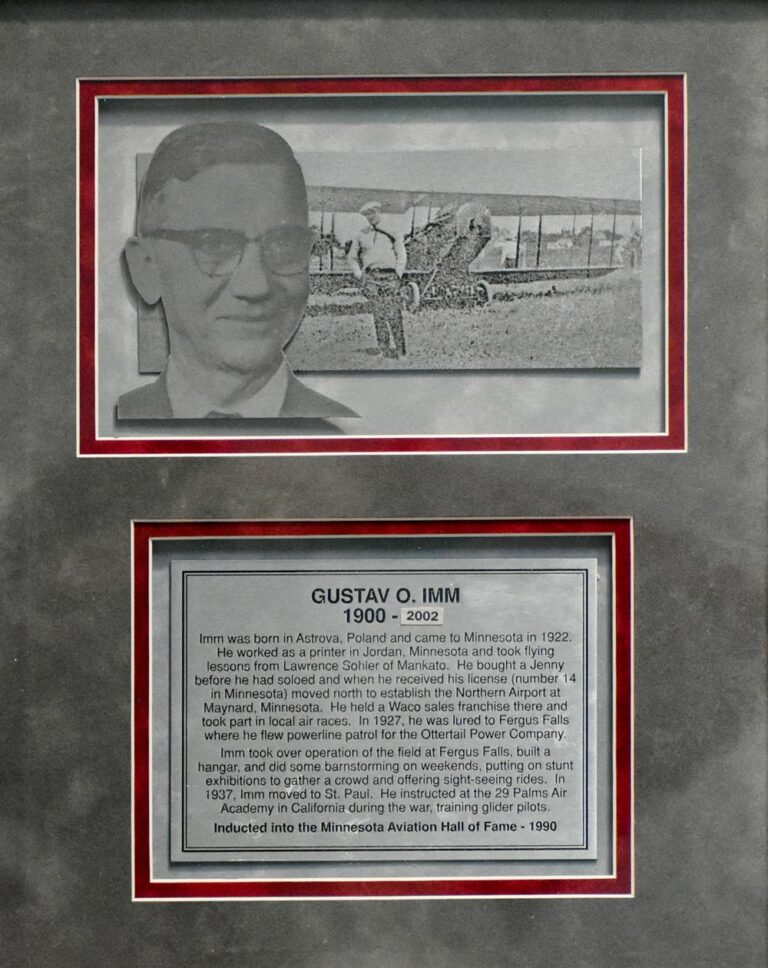 Gustav Imm was born in Astrovo, Poland, and came to Minnesota in 1922. He worked as a printer in Jordan, Minnesota, and took flying lessons from Lawrence Sohler at Mankato. He bought a Jenny before he had soloed and, after he received his license (number 14 in Minnesota), he moved north to establish the Northern Airport on a farm near Maynard, Minnesota. He held a Waco sales franchise and took part in local air races. In 1927, he was lured to Fergus Falls and flew powerline patrol for the Ottertail Power Company. Imm took over operation of the airfield at Fergus, built a hangar, and did some barnstorming on weekends. In 1937, Imm moved to the St. Paul Airport, taking a job in the insurance industry. He instructed at the 29 Palms Air Academy in California during World War II. He quit flying in 1953 following the crash of the plane he usually flew. The crash had taken the life of his cousin, State Representative Val Imm.