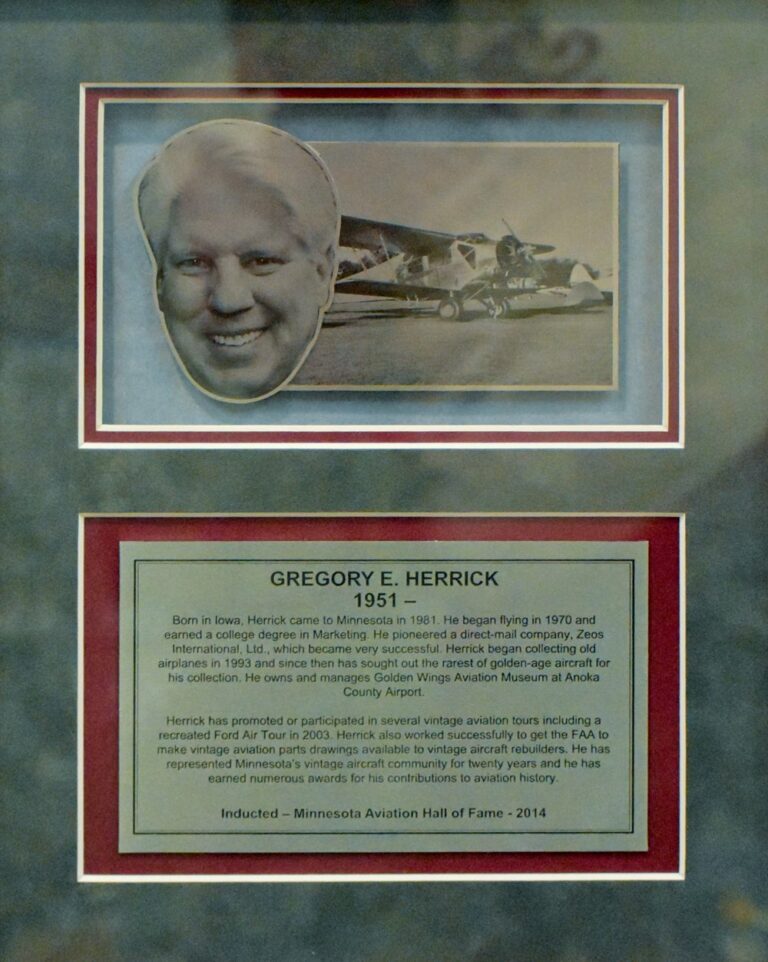 Born in Iowa, Herrick came to Minnesotan in 1981. He began flying in 1970 and earned a college degree in Marketing. He pioneered a direct-mail company, Zeos International, Ltd. which became very successful. Herrick began collecting old airplanes in 1993 and since then has sought out the rarest of golden age aircraft for his collection. He owns and manages Golden Wings Aviation Museum at Anoka County Airport.