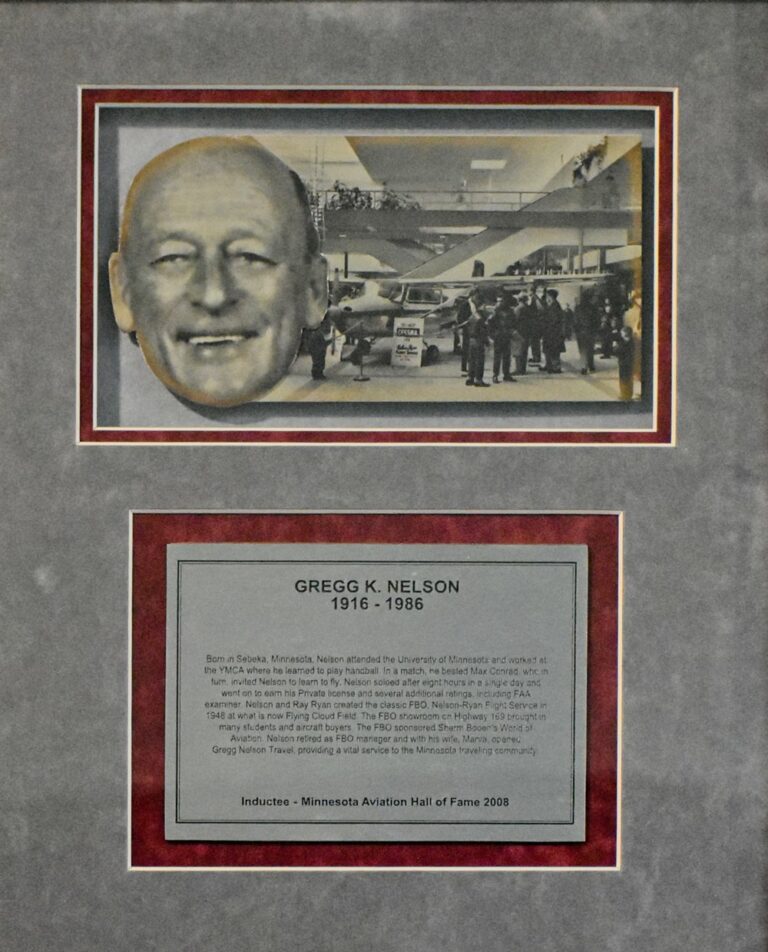 Born in Sebeka, Minnesota, Nelson attended the University of Minnesota and worked at the YMCA where he learned to play handball. In a match, he bested Max Conrad, who in turn, invited Nelson to learn to fly. Nelson soloed after eight hours in a single day and went on to earn his Private license and several additional ratings, including FAA examiner. Nelson and Ray Ryan created the classic FBO, Nelson-Ryan Flight Service in 1948 at what is now Flying Cloud Field. The FBO showroom on Highway 169 brought in many students and aircraft buyers. The FBO sponsored Sherm Booen’s World of Aviation. Nelson retired as FBO manager and with his wife, Marva, opened Gregg Nelson Travel, providing a vital service to the Minnesota traveling community.