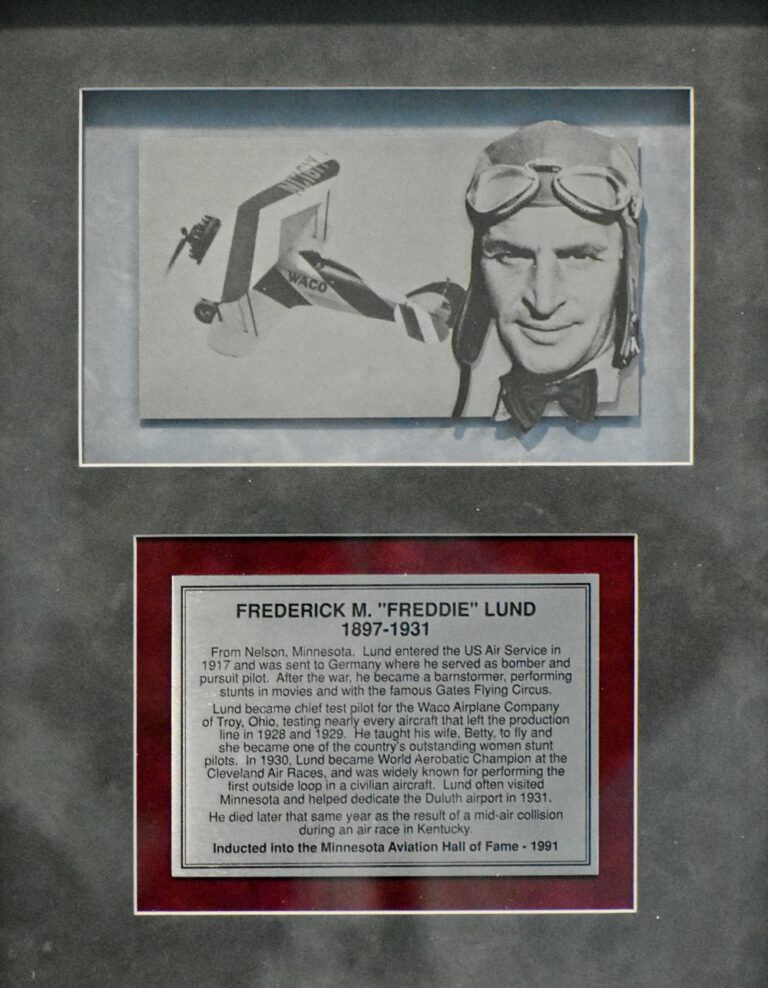 Born in Alexandria Township, Minnesota. Lund grew up on the family farm and attended school at Nelson, Minnesota. He left the farm to take up work as a mechanic, and when World War I was declared, joined the Air Service and trained at San Antonio. He was sent to the 4th Pursuit Squadron at Toul, France. Stricken with tuberculosis following the war, he returned to the states, not expected to live. He struggled back to strength and joined the Gates Flying Circus as a stunt flyer, working for a while in Hollywood, as a movie double, where he earned the nickname "Fearless Freddie." Lund joined the Waco Aircraft Company as a test pilot and flew around the country performing stunt exhibitions, representing Waco. Fred performed the first outside loop ever done in a commercial airplane. He was World Aerobatic Champion in 1930. His wife, Betty Lund, was a well-known woman stunt pilot. Lund died in October, 1931, when his plane was cut in two in a mid-air collision during an air race in Kentucky.