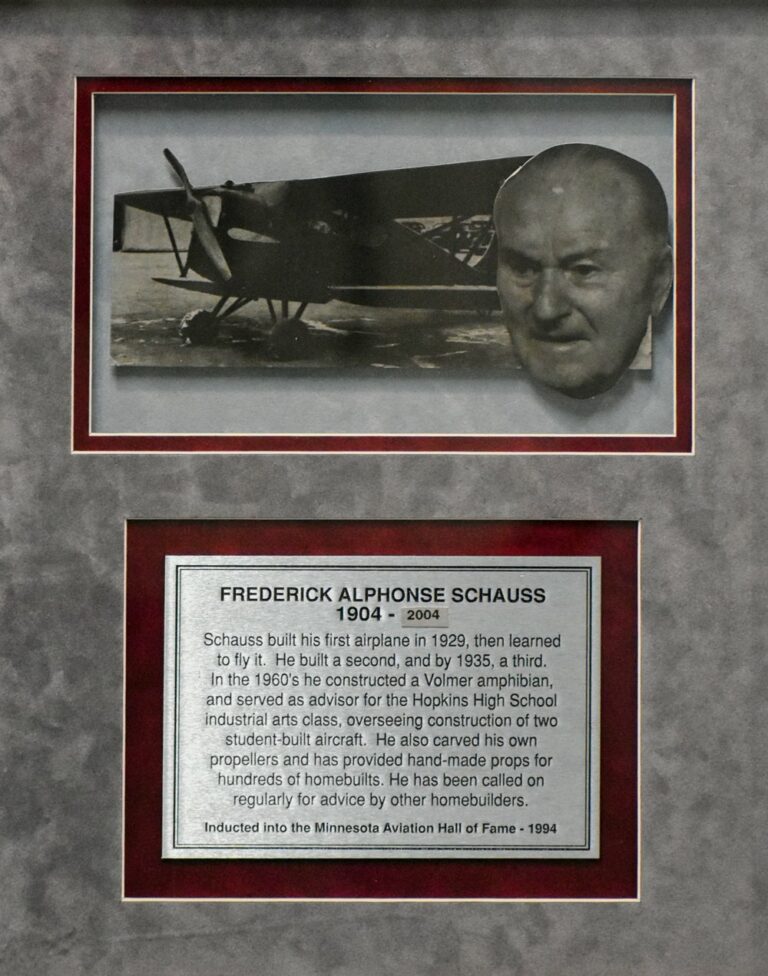 Schauss built his first airplane in 1929 and learned to fly. By 1935 he had built two more planes. In the 1960s he constructed a Volmer amphibian and advised the Hopkins High School industrial arts class which constructed two class-built aircraft projects.

Schauss carved his own propellers for his home-built planes and became widely known in this fiend. He has since carved hundreds of propellers for others building their planes at home.