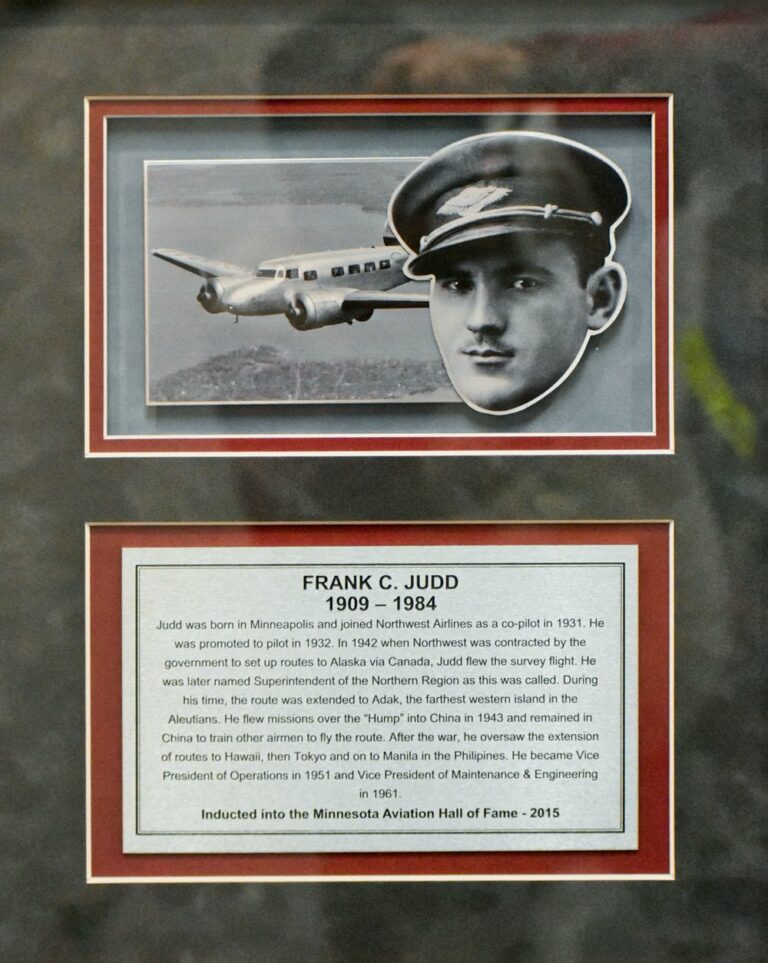 Judd was born in Minneapolis and joined Northwest Airlines as a co-pilot in 1931. He was promoted to pilot in 1932. In 1942 when Northwest was contracted by the government to set up routes to Alaska via Canada, Judd flew the survey flight. He was later named Superintendent of the Northern Region as this was called. During his time, the route was extended to Adak, the farthest western island in the Aleutians. He flew missions over the "Hump" into China in 1943 and remained in China to train other airmen to fly the route. After the war, he oversaw the extension of routes to Hawaii, then Tokyo and on to Manila in the Philipines. He became Vice President of Operations in 1951 and Vice President of Maintenance & Engineering in 1961.