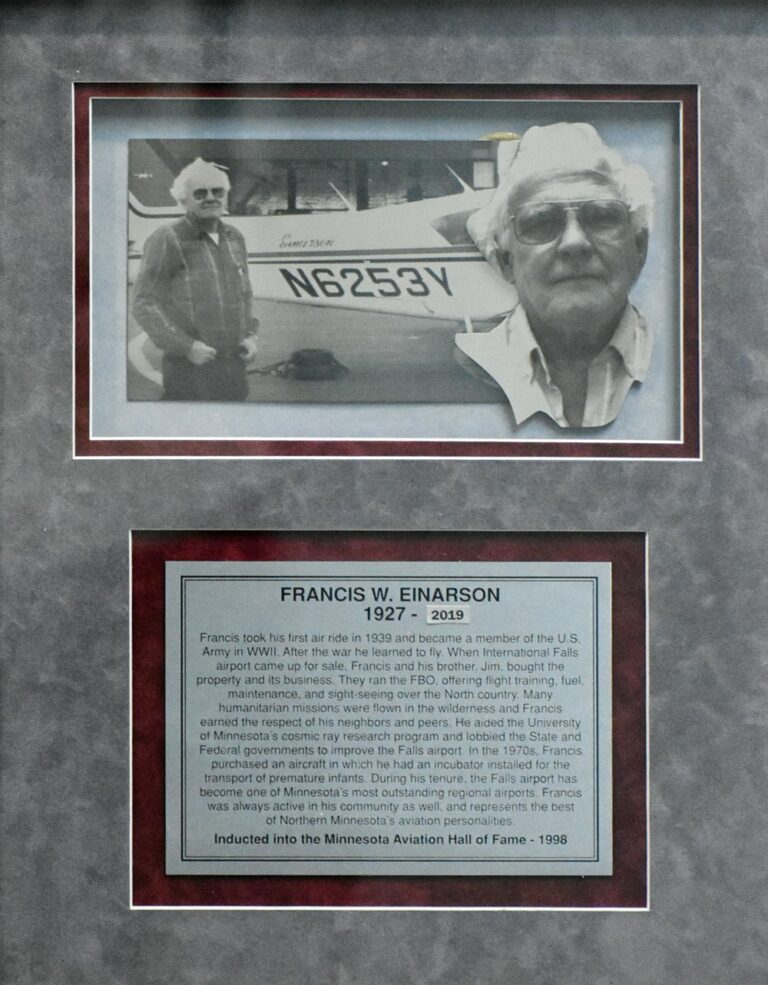 Francis took his first air ride in 1939 and became a member of the U.S. Army in WWII. He learned to fly after the war. When International Falls Airport came up for sale, Francis and his brother, Jim, bought the property and its business. They ran the FBO offering flight-training, fuel, maintenance and sightseeing over the North Country. He flew many humanitarian missions in the wilderness, aided the University of Minnesota’s cosmic ray research program and lobbied the State and Federal governments to improve International Falls Airport.

In the 1970s, Einarson purchased an aircraft and installed an incubator to transport premature infants.