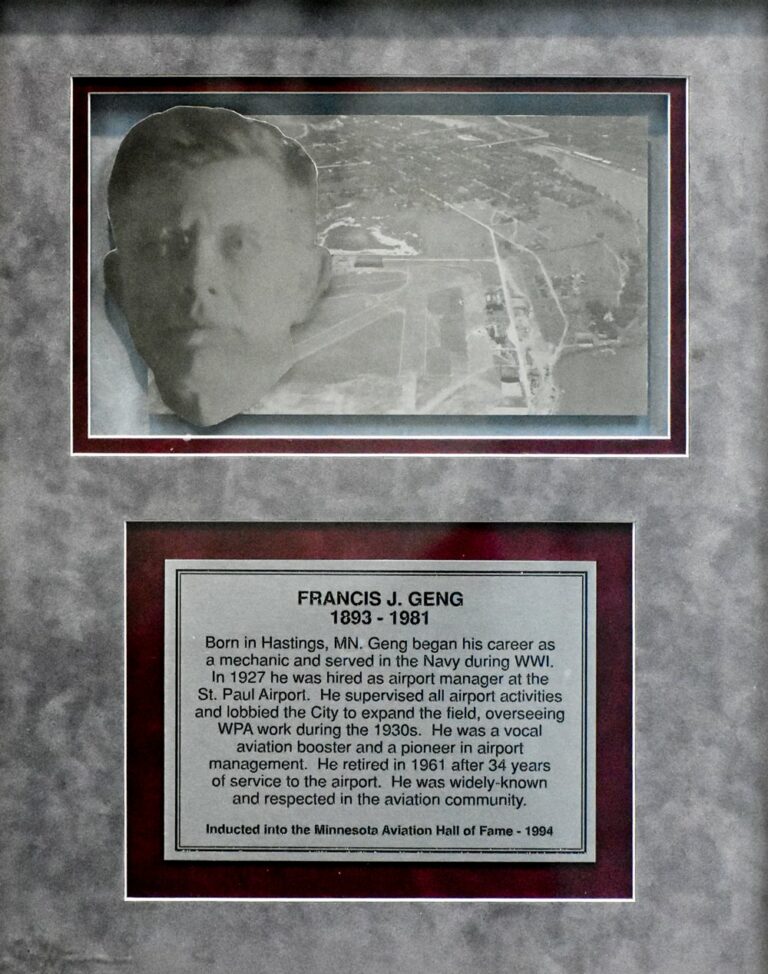 Hastings-born Francis Geng learned auto mechanics as a youth. He enlisted in the Navy during World War I as a machinists mate and later transferred to the Naval Air Service, training at the Dunwoody Institute in Minneapolis. He served active duty on anti-sub patrol in New York. In 1927 he became the airport manager at the new St. Paul Municipal Airport. He supervised all airfield activities including fueling, rentals, service and maintenance. The field became a popular stop for politicians and personalities and provided an overnight for the famous Ford Air Tours.

Geng lobbied the St. Paul City Council to expand the municipal airport to accommodate airline service. In 1930, Northwest Airlines built their maintenance facility there. He helped secure a base for the Minnesota Air Guard and a home for Minnesota Mining & Manufacturing aviation. In the 1930s he oversaw the WPA programs that paved new runways, installed lighting and built a new terminal.

Geng retired after 34 years as manager.