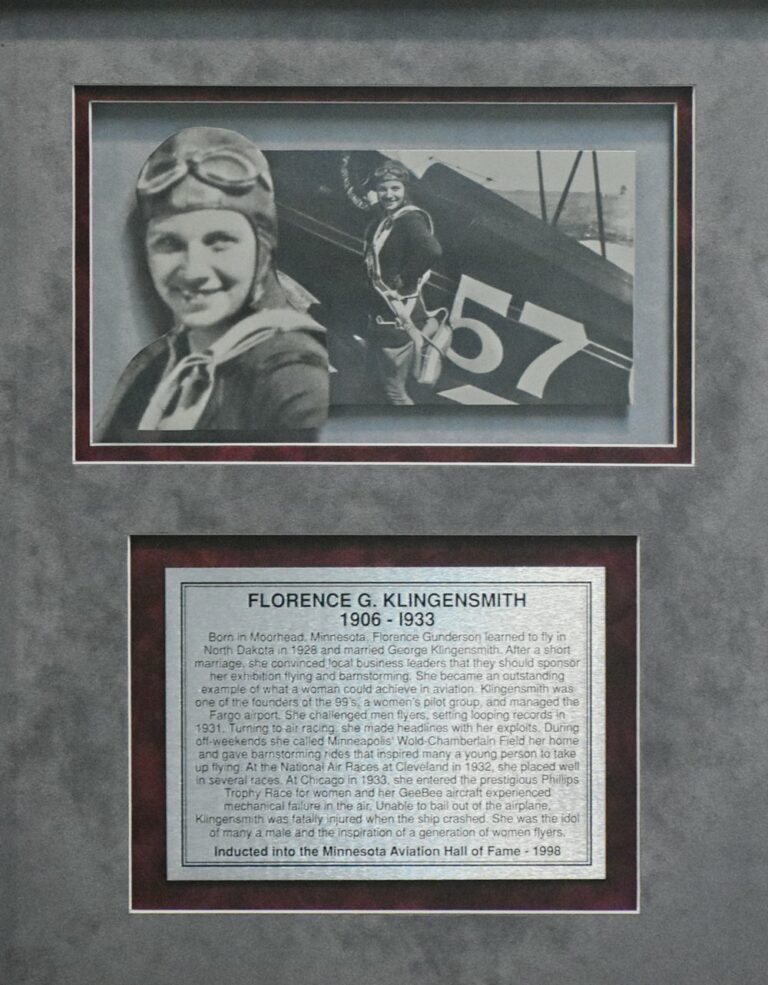 Moorhead-born Florence Gunderson learned to fly in North Dakota in 1928. She convinced local business leaders to sponsor her barnstorming exhibition, serving as an example of what a woman could achieve in aviation. Klingensmith co-founded the 99s, a women’s pilot group, and also managed Fargo airport. She challenged men flyers and set looping records in 1931. During off weekends she called Minneapolis’ Wold Chamberlain Field her home and gave barnstorming rides that inspired many people to take up flying.

Klingensmith turned to air racing where she made more headlines with her exploits. She placed well in several races at the National Air Races at Cleveland in 1932. She entered the prestigious Phillips Trophy Race for women in 1933 but her GeeBee aircraft failed while in the air. She was unable to bail out and died when the ship crashed.