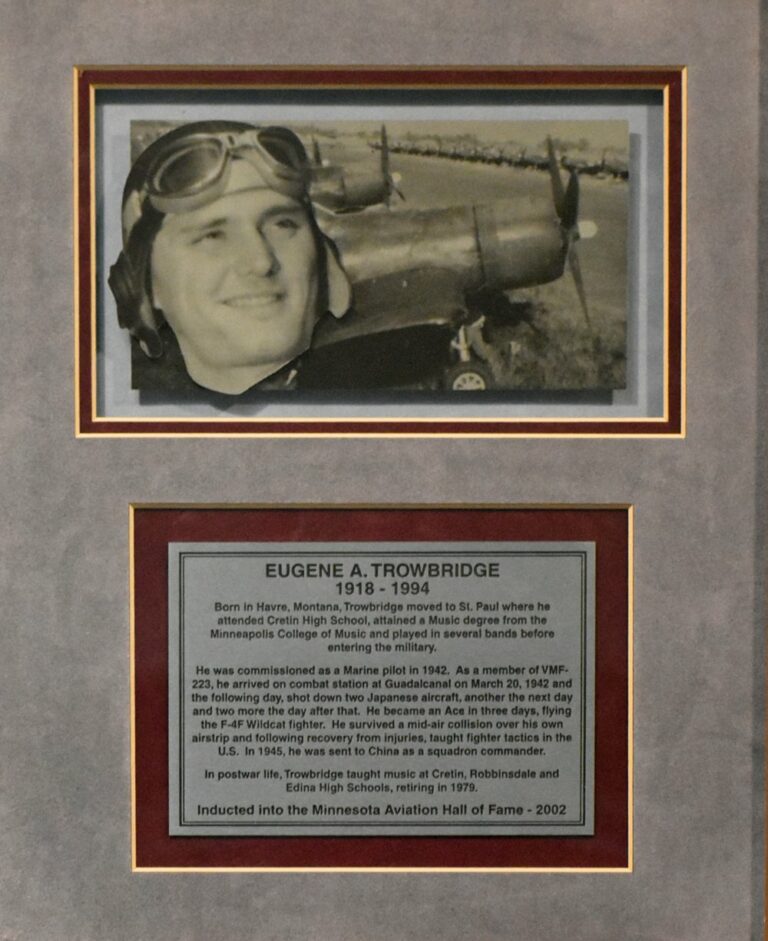 Montana native Eugene Trowbridge attended Cretin High School in St. Paul, obtained a music degree from the Minneapolis College of Music and played in several bands before entering the military. He became a marine pilot in 1942 flying an F-4F Wildcat fighter for the VMF-223.

The day after he arrived at Guadalcanal on March 20, 1942, Trowbridge shot down two Japanese aircraft. He shot down another the next day and two more the next day, becoming an ace in three days. He later survived a mid-air collision over his own airstrip. After he recovered from his injuries, he taught fighter tactics. In 1945 he went to China as a squadron commander.

After the war Trowbridge taught music at Cretin, Robbinsdale and Edina High Schools. He retired in 1979.