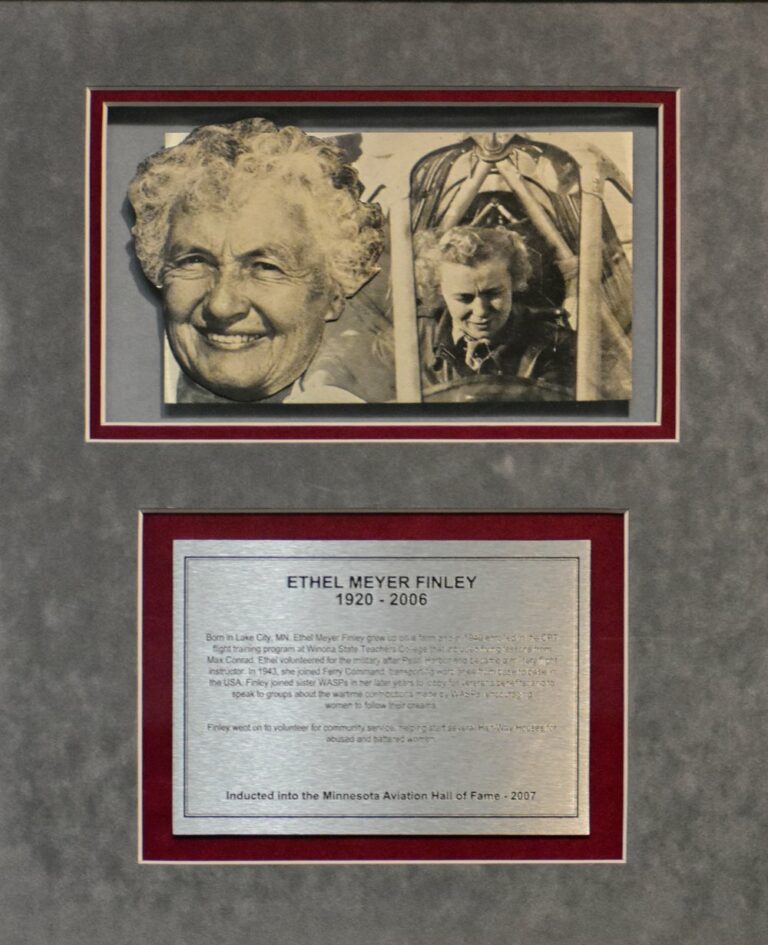 Born in Lake City, MN. Ethel Meyer Finley grew up on a farm and in 1940 enlisted in the CPT flight training program at Winona State Teachers College that included flying lessons from Max Conrad. Ethel volunteered for the military after Pearl Harbor and became a military flight instructor. In 1943, she joined Ferry Command, transporting warplanes from base to base in the USA. Finley joined sister WASPs in her later years to lobby for veterans benefits, and to speak to groups about the wartime contributions made by WASPs, encouraging women to follow their dreams.