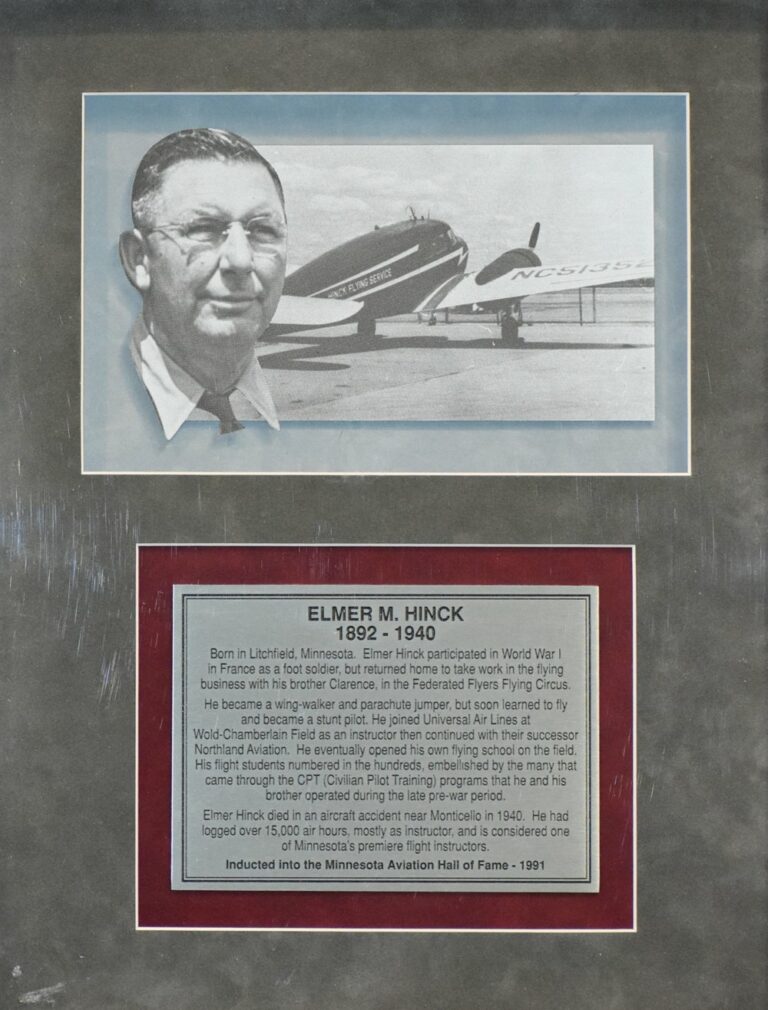 Born at Litchfield, Minnesota, Elmer Hinck went to France during World War I as a foot soldier. Returning to Minnesota, he went to work for his brother, Clarence, in the Federated Fliers Flying Circus. Hinck learned to fly, and became a stunt pilot as well as a wing-walker. He joined the Universal Air Lines aviation school at Wold-Chamberlain as an instructor, then was with Northland Aviation, eventually opening a school financed by Clarence. When flight schools had to leave Wold at the beginning of World War II, Elmer moved to Nicollet Airport. He was killed in a crash at Monticello, Minnesota. At the time of his death, he was considered one of the top instructors in Minnesota, having taught hundreds of students to fly and logging over 15,000 hours in the air.