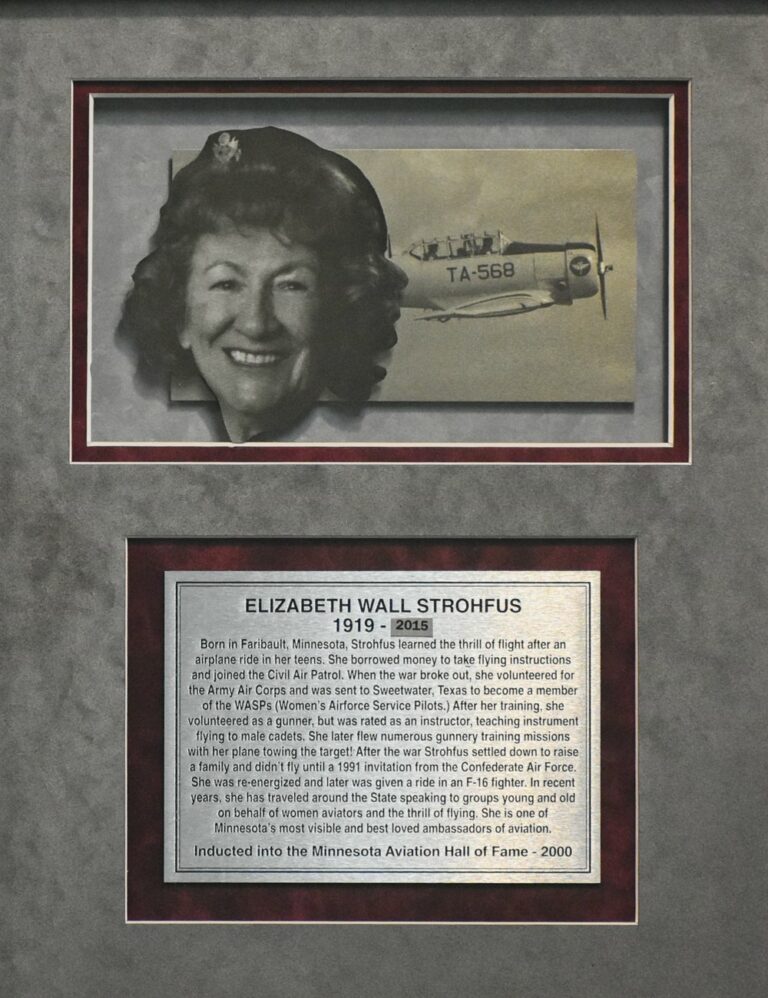 Faribault native Elizabeth Strohfus learned the thrill of flight after an airplane ride in her teen years. She borrowed money for flying lessons and joined the Civil Air Patrol. During World War II she volunteered for the Army Air Corps and was sent to Sweetwater, Texas as a member of the Women’s Air Force Service Pilots. She volunteered as a gunner but was rated as an instructor. She taught instrument flying to male cadets and later ferried B-17 and AT-6 warbirds around the country.

After the war, Strohfus raised a family and didn’t fly again until she received a 1991 invitation from the Confederate Air Force. She was re-energized and later got a ride in an F-16 fighter. In recent years she has traveled around the state speaking to groups on behalf of women aviators. She is one of Minnesota’s most visible aviation ambassadors.