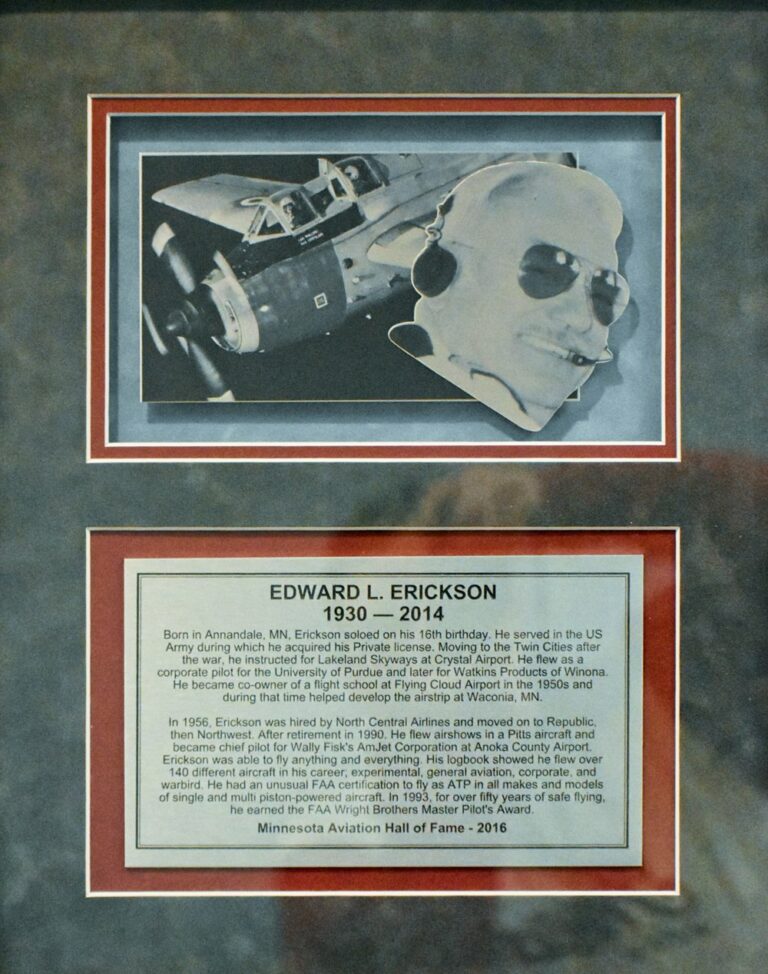 Born in Annandale, MN, Erickson soloed on his 16th birthday and acquired his Private license while serving in the US Army. Moving to the Twin Cities after the war, he instructed for Lakeland Skyways at Crystal Airport. He flew as a corporate pilot for the University of Purdue and Watkins Products of Winona. He became co-owner of a flight school at Flying Cloud Airport in the 1950s and helped develop the airstrip at Waconia, MN. In 1956, Erickson was hired by North Central Airlines and moved on to Republic, then Northwest. After retirement in 1990. He flew airshows in a Pitts aircraft and became chief pilot for Wally Fisk's AmJet Corporation at Anoka County Airport. He flew anything and everything and his logbook listed over 140 different aircraft flown in his career. In 1993, for over fifty years of safe flying, he earned the FAA Wright Brothers Master Pilot's Award.

Neuman’s students remember him as a thorough instructor. Rochester medical people saw him as a caring and dependable pilot with a reputation for safety who never injured a passenger or damaged a plane.