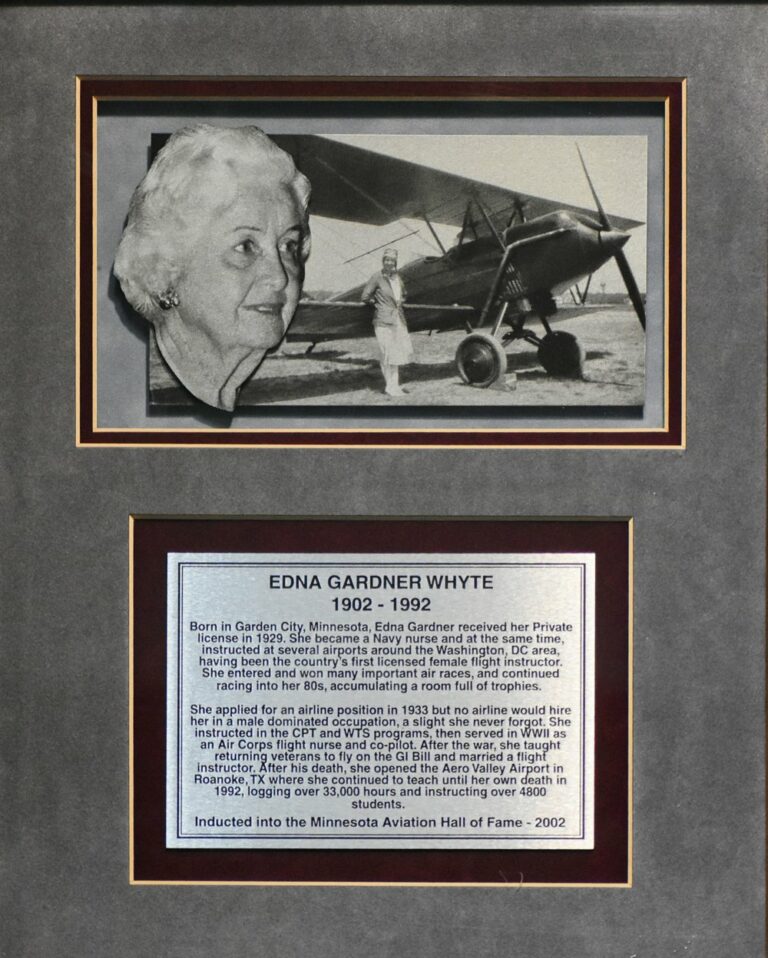 Born in Garden City, Minnesota, Edna Gardner Whyte received her private license in 1929. She became a Navy nurse and at the same time, instructed at several airports around the Washington, DC area, having been the country's first licensed female flight instructor. She applied for an airline position in 1933 but no airline would hire her in a male-dominated occupation, a slight she never forgot. She instructed in the Civilian Pilot Training Program (CPTP) and the War Training Service (WTS), then served in WWII as an Air Corps flight nurse and co-pilot. After the war, she taught returning servicemen to fly under the GI Bill and married a flight instructor. After his death, she opened the Aero Valley Airport at Roanoke, Texas where she continued to teach until her own death in 1992, logging over 33,000 hours and instructing over 4800 students.