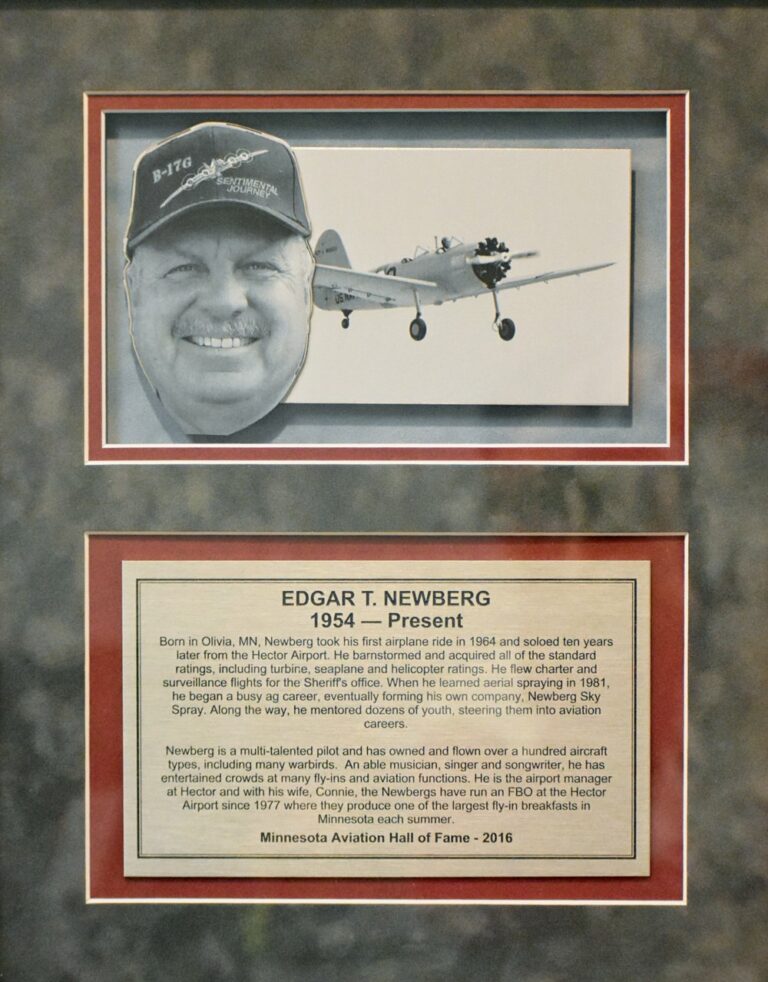 Born in Hector, MN, Newberg took his first airplane ride in 1964 and later soloed from the Hector Airport. He barnstormed and acquired ratings including turbine, seaplane and helicopter. He flew charter and surveillance flights for the Sheriff's office. When he learned aerial spraying in 1981, he began a busy ag career, eventually forming his own company. He mentored dozens of youth, steering them into aviation careers. He is a multi-talented pilot and has owned and flown over a hundred aircraft types, including warbirds. An able musician, singer and songwriter, he has entertained crowds at many fly-ins and aviation functions. He is the airport manager at Hector and with his wife, Connie, the Newbergs have run an FBO at the Hector Airport since 1977 where they produce one of the largest fly-in breakfasts in Minnesota each summer.