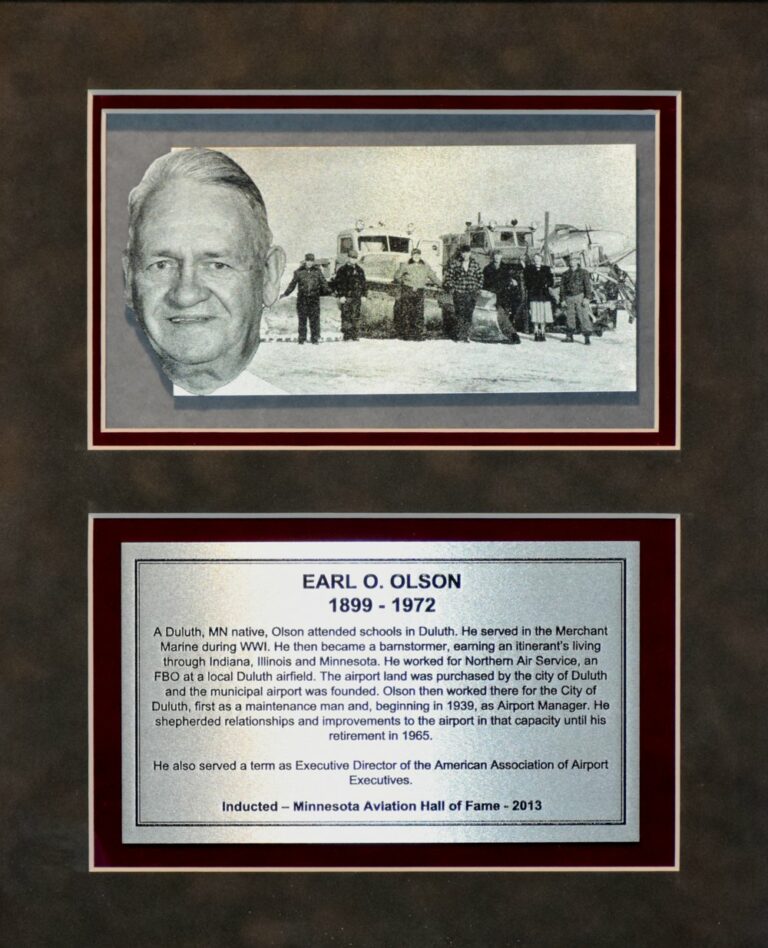 A Duluth, MN native, Olson attended schools in Duluth. He served in the Merchant Marine during WWI. He then became a barnstormer, earning an itinerant’s living through Indiana, Illinois and Minnesota. He worked for Northern Air Service, an FBO at a local Duluth airfield. The airport land was purchased by the city of Duluth and the municipal airport was founded. Olson the worked there for the city of Duluth, first as a maintenance man and, beginning in 1939, as Airport Manager. He shepherded relationships and improvements to the airport in that capacity until his retirement in 1965. He also served a term as Executive Director of the American Association of Airport Executives.