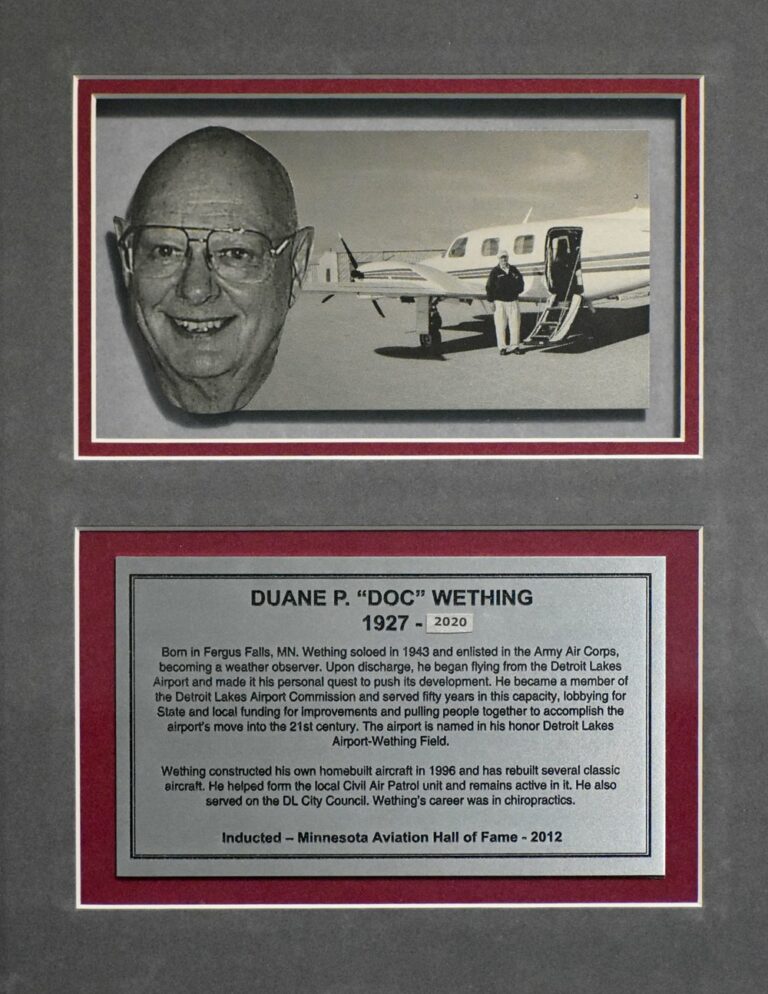 Born in Fergus Falls, Mn. Wething soloed in 1943 and enlisted in the Army Air Corps, becoming a weather observer. Upon discharge, he began flying from the Detroit Lakes Airport and made it his personal quest to push its development. He became a member of the Detroit Lakes Airport Commission and served fifty years in this capacity, lobbying for State and local funding for improvements and pulling people together to accomplish the airport’s move into the 21st century. The airport is named in his honor Detroit Lakes Airport-Wething Field. Wething constructed his own homebuilt aircraft in 1996 and has rebuilt several classic aircraft. He helped form the local Civil Air Patrol unit and remains active in it. He also served on the DL City Council. Wething’s career was in chiropractics.