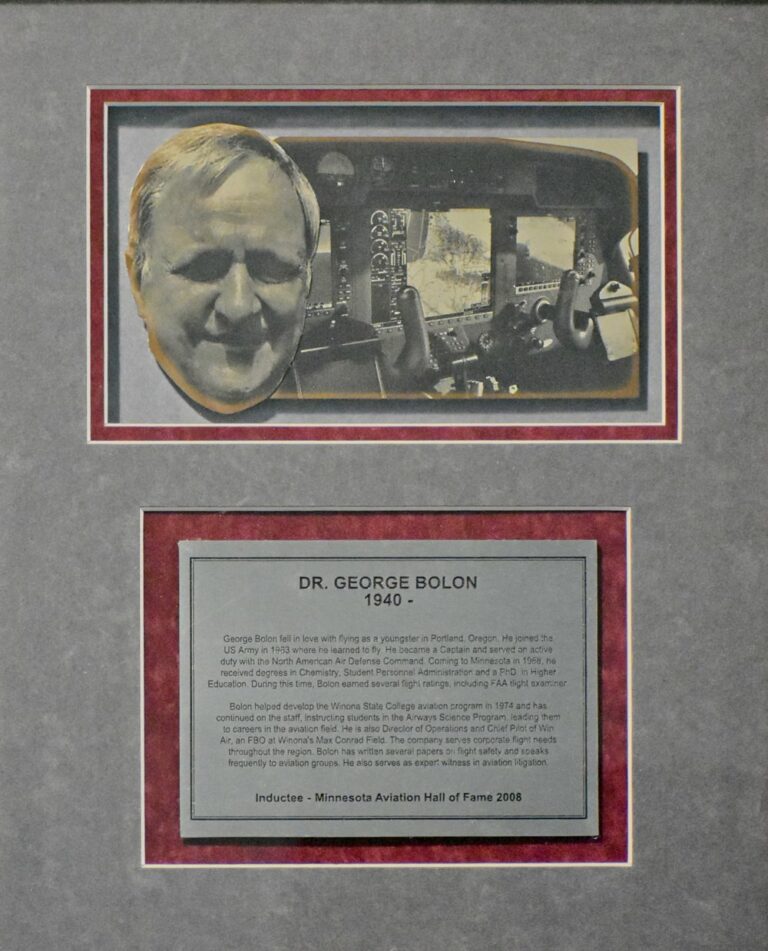 George Bolon fell in love with flying as a youngster in Portland, Oregon. He joined the US Army in 1963 where he learned to fly. He became a Captain and served on active duty with the North American Air Defense Command. Coming to Minnesota in 1968, he received degrees in Chemistry, Student Personnel Administration and a PhD. in Higher Education. During this time, Bolon earned several flight ratings, including FAA flight examiner.

Bolon helped develop the Winona State College aviation program in 1974 and has continued on the staff, instructing students in the Airways Science Program, leading them to careers in the aviation field. He is also Director of Operations and Chief Pilot of Win Air, an FBO at Winona’s Max Conrad Field. The company serves corporate flight needs throughout the region. Bolon has written several papers on flight safety and speaks frequently to aviation groups. He also serves as expert witness in aviation litigation.