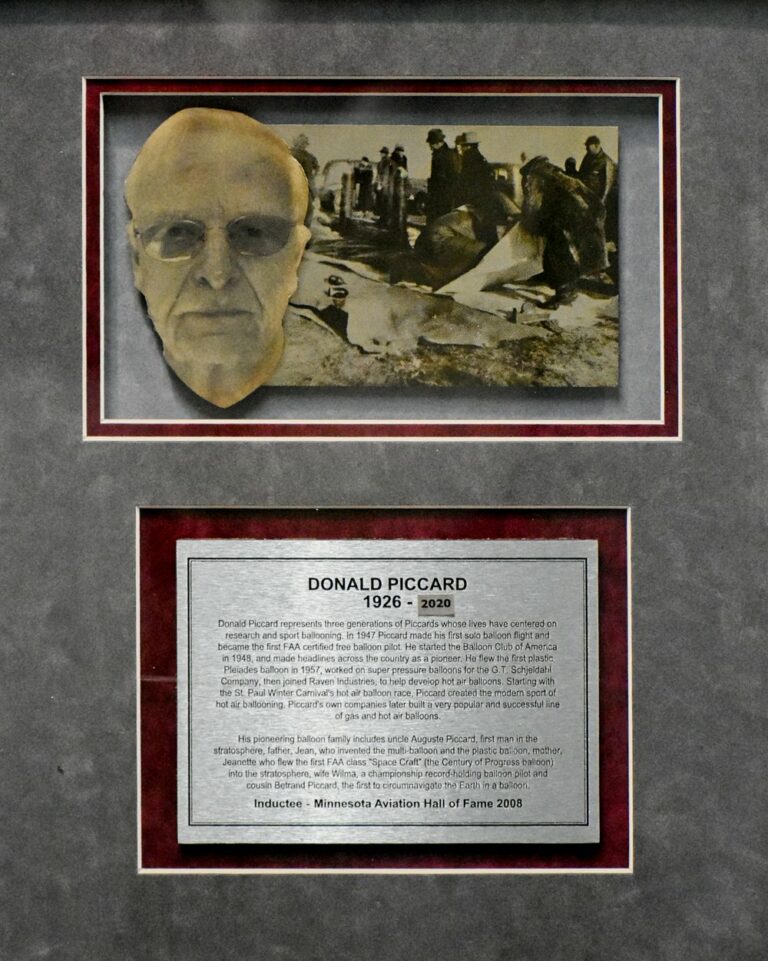 Donald Piccard represents three generations of Piccards whose lives have centered on research and sport ballooning. In 1947 Piccard made his first solo balloon flight and became the first FAA certified free balloon pilot. He started the Balloon Club of America in 1948, and made headlines across the country as a pioneer. He flew the first plastic Pleiades balloon in 1957, worked for the G.T. Schjeldahl Company, where he made the first super pressure balloon, then joined Raven Industries, where he helped develop hot air balloons. Piccard, starting with the St. Paul Winter Carnival’s hot air balloon race, created the modern sport of hot air ballooning. In later years, Piccard’s own companies built a very popular and successful line of gas and hot air balloons.

His pioneering balloon family includes his uncle Auguste Piccard, first man in the stratosphere, his father, Jean, who invented the multi-balloon and the plastic balloon, his mother, Jeanette who flew the first FAA class “Space Craft” (the Century of Progress balloon) into the stratosphere, his wife Wilma, a championship and record-holding balloon pilot and his cousin Betrand Piccard, who was the first to circumnavigate the Earth in a balloon.