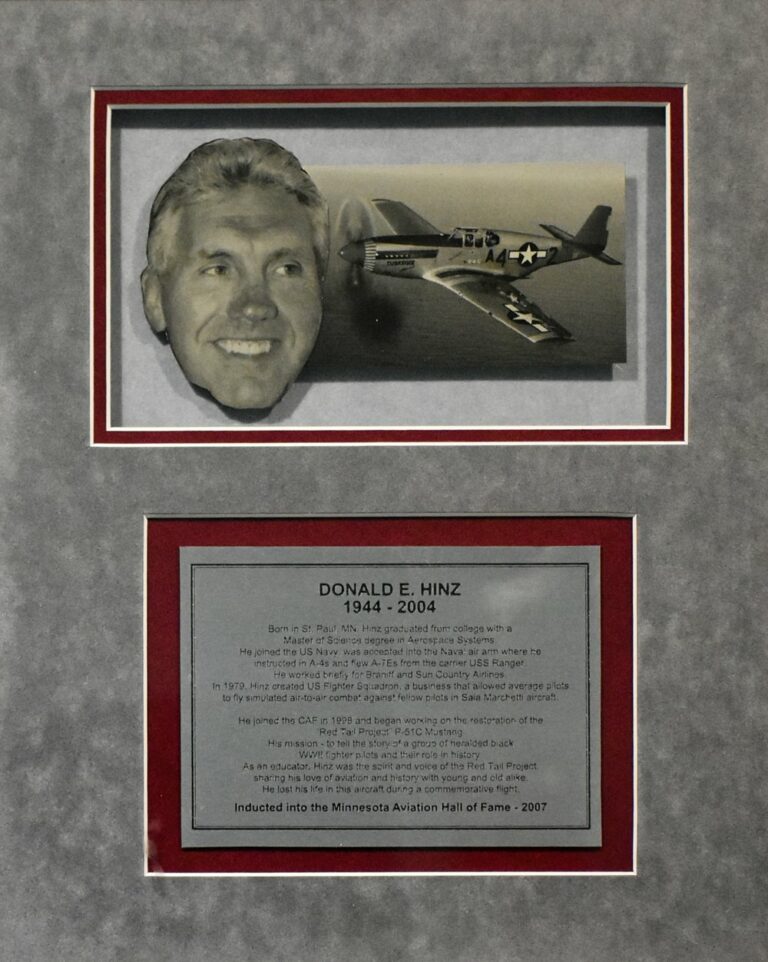 Born in St. Paul, MN. Hinz graduated from college with a Master of Science degree in Aerospace Systems. He joined the US Navy, was accepted into the Naval air arm where he instructed in A-4s and flew A-7Es from the carrier USS Ranger. He worked briefly for Braniff and Sun Country Airlines.

In 1979, Hinz created US Fighter Squadron, a business that allowed average pilots to fly simulated air-to-air combat against fellow pilots in Saia Marchetti private aircraft. He joined the CAF in 1998 and began working on the restoration of the “Red tail” P-51C Mustang. His mission - to tell the story of a group of heralded black WWII fighter pilots and their role in history. As an educator, Hinz was the spirit and voice of the project, sharing his love of aviation and history with youth and old alike. He lost his life in this aircraft during a commemorative flight.